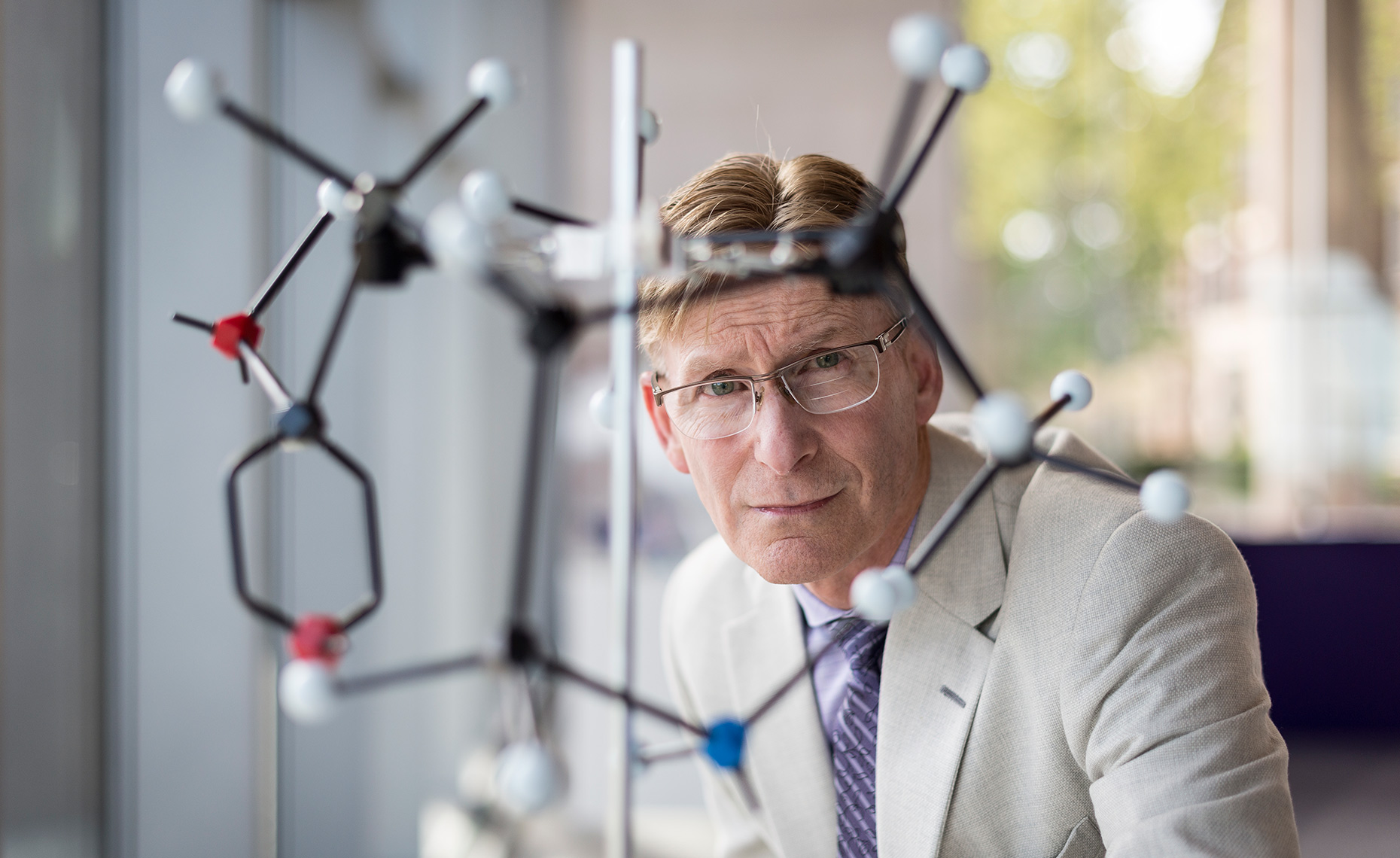 Congratulations to NU scientists Rick Silverman and Neil Kelleher on their recent publication in the Journal of the American Chemical Society, titled “Mechanism of Inactivation of Ornithine Aminotransferase by (1 S,3 S)-3-Amino-4-(hexafluoropropan-2-ylidenyl)cyclopentane-1-carboxylic Acid.”

The paper addresses new efforts towards developing drugs for hepatocellular carcinoma (HCC) — the most common form of liver cancer for which there is currently no effective treatment. The inhibition / inactivation of an enzyme called ornithine aminotransferase (OAT) has been implicated as a potential therapeutic pathway for HCC and the authors of the current study have previously identified several inhibitors of OAT. Here, they proceed to characterize the mechanism(s) of OAT inactivation and report that a two-step modification resulting in an addition of a trifluoromethyl group appears to be key to the process. This discovery provides an important start-point towards further development and optimization of potential HCC therapeutics.

Rick Silverman, the Patrick G. Ryan/Aon Professor of Chemistry at NU, is senior author on the publication. Rick is an active CBC community member and in 2018, he won an inaugural CBC Accelerator Award for the project: “Novel Drug for Hepatocellular Carcinoma.” Neil Kelleher, one of co-authors on the paper is a CBC Senior Investigator, who was hired in 2010 by NU with help from a generous CBC Recruitment Funds Award. Additional CBC connections of both researchers are listed below.

The inhibition of ornithine aminotransferase (OAT), a pyridoxal 5′-phosphate-dependent enzyme, has been implicated as a treatment for hepatocellular carcinoma (HCC), the most common form of liver cancer, for which there is no effective treatment. From a previous evaluation of our aminotransferase inhibitors, (1 S,3 S)-3-amino-4-(perfluoropropan-2-ylidene)cyclopentane-1-carboxylic acid hydrochloride (1) was found to be a selective and potent inactivator of human OAT ( hOAT), which inhibited the growth of HCC in athymic mice implanted with human-derived HCC, even at a dose of 0.1 mg/kg. Currently, investigational new drug (IND)-enabling studies with 1 are underway. The inactivation mechanism of 1, however, has proved to be elusive. Here we propose three possible mechanisms, based on mechanisms of known aminotransferase inactivators: Michael addition, enamine addition, and fluoride ion elimination followed by conjugate addition. On the basis of crystallography and intact protein mass spectrometry, it was determined that 1 inactivates hOAT through fluoride ion elimination to an activated 1,1′-difluoroolefin, followed by conjugate addition and hydrolysis. This result was confirmed with additional studies, including the detection of the cofactor structure by mass spectrometry and through the identification of turnover metabolites. On the basis of this inactivation mechanism and to provide further evidence for the mechanism, analogues of 1 (19, 20) were designed, synthesized, and demonstrated to have the predicted selective inactivation mechanism. These analogues highlight the importance of the trifluoromethyl group and provide a basis for future inactivator design.