HupY in Streptococcus colonization and heme utilization on mucosal surfaces

CBC Postdoctoral Award to Laura Cook and Michael Federle, UIC, leads to the identification of a novel pathway that bacteria utilize to colonize mucosal surfaces 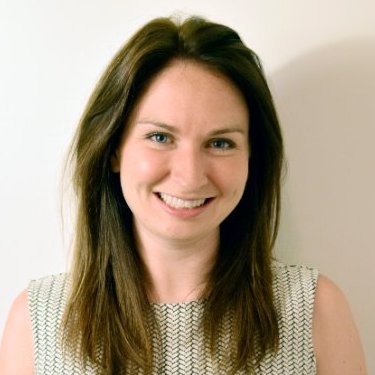 Congratulations to Laura Cook and Michael Federle, UIC, on a recent publication in MBio, titled “Transcriptomic Analysis of Streptococcus pyogenes Colonizing the Vaginal Mucosa Identifies hupY, an MtsR-Regulated Adhesin Involved in Heme Utilization.” The authors acknowledge partial funding of the published work by a CBC Postdoctoral Research Award that the team received in 2014, and was granted a renewal for another year in 2015, titled: “RNASeq Analysis of the Transcriptome of Streptococci Colonizing the Vaginal Tract.”

A former postdoc in Federle lab, Laura Cook is currently an Assistant Professor at SUNY-Binghamton, NY. Michael Federle, Associate Professor in the Department of Medicinal Chemistry and Pharmacognosy, UIC, has many other ties to the CBC including being a recipient of two CBC HTS Awards in 2015 and 2013 and a Catalyst Award in 2013. Michael is also a current member of the CBC Catalyst Review Board (see below). The CBC congratulates all authors of the current study and thanks Michael for his many efforts in supporting the CBC.

Importance
Colonization of the host requires the ability to adapt to an environment that is often low in essential nutrients such as iron. Here we present data showing that the transcriptome of the important human pathogen Streptococcus pyogenes shows extensive remodeling during in vivo growth, resulting in, among many other differentially expressed genes and pathways, a significant increase in genes involved in acquiring iron from host heme. Data show that HupY, previously characterized as an adhesin in both S. pyogenes and the related pathogen Streptococcus agalactiae, binds heme and affects intracellular iron concentrations. HupY, a protein with no known heme binding domains, represents a novel heme binding protein playing an important role in bacterial iron homeostasis as well as vaginal colonization. 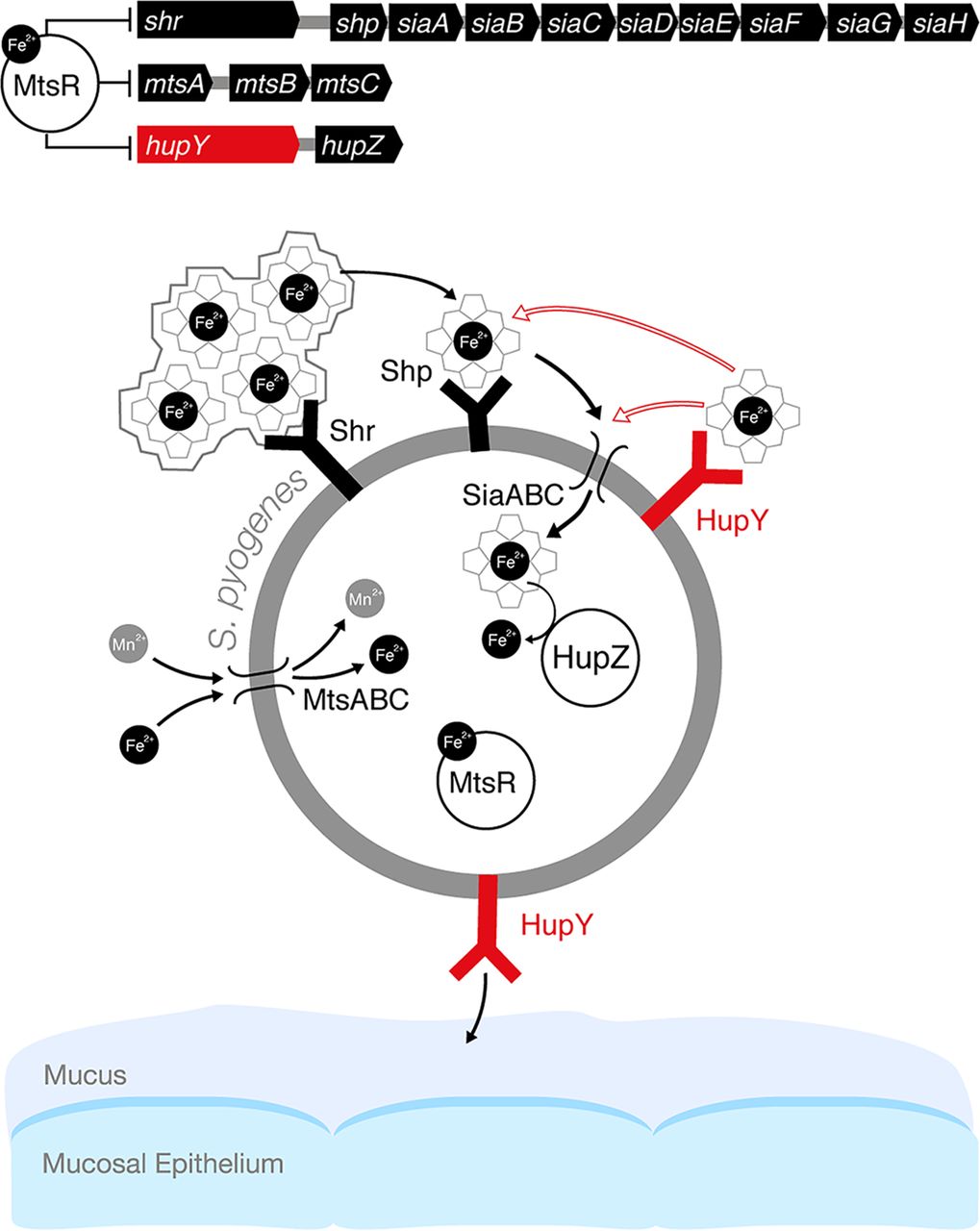 Model of the role of HupY in GAS colonization and heme utilization on mucosal surfaces. In the presence of high levels of iron, iron-bound MtsR represses a large number of genes, including the sia operon, which includes the genes for the siaABC heme importer as well as shr, and shp heme binding proteins. In addition, MtsR represses the manganese and iron mtsABC transporter, hupZ, and hupY. MtsR also downregulates the mtsABC gene cluster in a manganese-dependent manner (not shown in the model). Under iron-depleted conditions such as on mucosal surfaces, MtsR repression is relieved, leading to upregulation of these operons. Shr captures heme (from host hemoproteins or the environment) and delivers it to Shp and subsequently to SiaABC for import into the cell. Once inside the cell, iron can be liberated from heme by the HupZ enzyme. HupY, coregulated with HupZ, is a surface protein that has the ability to bind heme. We propose that HupY binds heme to allow transport to HupZ, either through the Shp/SiaABC heme import pathway or through another mechanism. Open arrows indicate possible heme transfer pathways. HupY also plays a role in mucosal colonization, possibly as an adhesin important for binding to host cells.(Source: mbio.asm.org)

February 14, 2018
▸ Tricking bacteria to remain non-hostile may become a method of choice in preventive medicine—the Federle lab at UIC shows how