Congratulations to Manyuan Long, UChicago, for his recent publication in Nature and Evolution, “Rapid evolution of protein diversity by de novo origination in Oryza.” Working with scientists in Arizona and at the agricultural center in China, Long’s team analyzed genomes of 11 closely-related species of rice plants, Oryza sativa. Surprisingly, they detected about 175 de novo genes and obtained evidence that roughly half of them translated into about 300 new peptides. The function of the new genes and peptides is unknown yet and neither is it clear whether any of the new genes will get passed onto next generation. The authors, however, offer the provocative view that the newly discovered process of de novo gene development from noncoding stretches of the DNA is likely to contribute to biodiversity and perhaps also to evolution.

Manyuan Long is a two-time CBC Awardee: he received a CBC Catalyst Award in 2007 and a CBC Postdoctoral Research Award in 2014. In addition, he was a speaker at the 7th Annual CBC Symposium (2009): “The Biology of Non-Coding RNAs: Old Molecules, New Actions.” 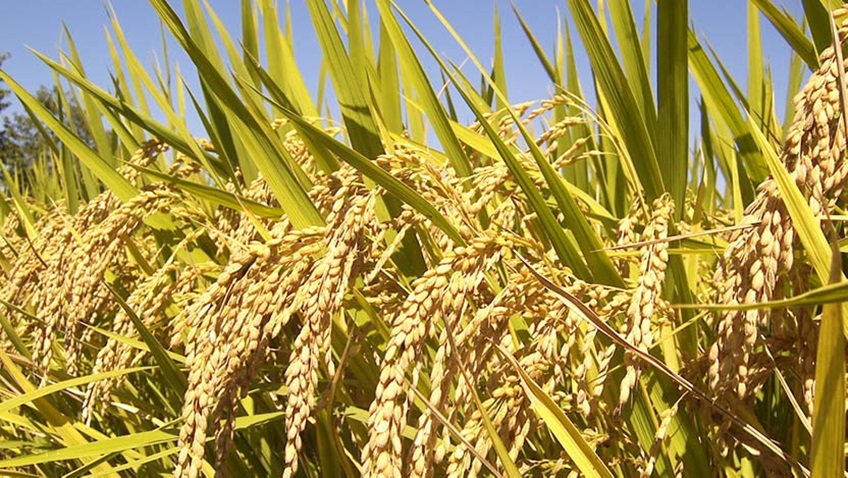 Oryza sativa is the most common type of rice used as a food crop. (Source: UChicago Medicine, At the forefront.)

One of the most important questions in biology is how rapidly new proteins evolve in organisms. Proteins are the building blocks that carry out the basic functions of life. As the genes that produce them change, the proteins change as well, introducing new functionality or traits that can eventually lead to the evolution of new species.

A new study published in Nature Ecology and Evolution led by scientists from the University of Chicago challenges one of the classic assumptions about how new proteins evolve. The research shows that random, noncoding sections of DNA can quickly evolve to produce new proteins. These de novo, or “from scratch,” genes provide a new, unexplored way that proteins evolve and contribute to biodiversity.

A third way for genes to evolve 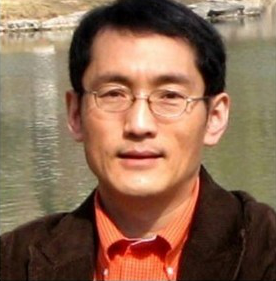 Manyuan Long, PhD, the Edna K. Papazian Distinguished Service Professor of Ecology and Evolution at UChicago and senior author of the new study. (Source: UChicago Medicine, At the forefront.)

For decades, scientists believed that there were only two ways new genes evolved: duplication and divergence or recombination. During the normal process of replication and repair, a section of DNA gets copied and creates a duplicate version of the gene. Then, one of these copies may acquire mutations that change its functionality enough that it diverges and becomes a distinct new gene. With recombination, pieces of genetic material are reshuffled to create new combinations and new genes. However, these two methods only account for a relatively small number of proteins, given the total number of possible combinations of amino acids that comprise them.

Scientists have long wondered about a third mechanism, where de novo genes could evolve from scratch. All organisms have long stretches of genetic material that do not encode proteins, sometimes up to 97 percent of the total genome. Is it possible for these noncoding sections to acquire mutations that suddenly make them functional?

This has been difficult to study because it requires high-quality reference genomes from several closely related species that show both the ancestral, noncoding sequences and subsequent new genes that evolved from them. Without this clear, visible line of evolution, there’s no way to prove it’s truly a de novo gene. The supposed new genes reported previously could just be an “orphaned gene” that diverged or transferred from unrelated organisms at some point, then all traces of its predecessors disappeared.

To overcome these challenges, Long’s team took advantage of 13 new genomes sequenced and annotated recently from 11 closely-related species of rice plants, including Oryza sativa, the most common food crop. He worked with groups headed by Prof. Rod Wing at the University of Arizona. Prof. Yidan Ouyang from Huazhong Agricultural University, China, also led a team that cultivated their own rice plants in Hainan, a tropical island off the southern coast of China, and harvested them for proteomics sampling.

After analyzing the genomes of these plants, they detected at least 175 de novo genes. Further mass spectrometry analysis of protein activity was conducted by another group led by Prof. Siqi Liu at BGI-Shenzhen, a genome sequencing center located in Shenzhen, Guangdong, China. They found evidence that 57 percent of these genes actually translated into new proteins, including more than 300 new peptides.

With this first, large dataset of authentic de novo genes, Long’s team detected a pattern in their evolution. It began with the early evolution of expression, followed by subsequent mutation into protein coding potentials for almost all de novo genes.

“This makes sense given the widely observed expression of intergenic regions in various organisms,” said Li Zhang, a postdoctoral researcher at UChicago and lead author of the article.

Long says that the Oryza plants are good genomes to search for de novo genes because they are relatively young—you can still see evidence of evolution in their existing genomes.

“The 11 species diverged from each other only about three to four million years ago, so they are all young species,” he said. “For that reason, when we sequence the genomes, all the sequences are highly similar. They haven’t accumulated multiple generations of changes, so all the previous non-coding sections are still there.”

Long and his team next want to study the new proteins to further understand their function and evolution and see if there is something unique about their structure. If de novo genes open up an unexplored path for evolution, they could reveal mechanisms for creating new and improved cellular functions. For instance, the researchers detected evidence of natural selection acting to fix insertions and deletions in the genome to generate new protein sequences, and the sequence’s evolution toward improved functions.

“The new proteins may make certain functions better, or help regulate the genes better,” he said. “Each step of the way, they can bring some kind of benefit to the organism until it gradually becomes fixed in the genome.”

Source:
Adapted (with modifications) from UChicago Medicine, At the Forefront by Matt Wood, published on March 11, 2019.

February 27, 2018
▸ A story of Apollo and Artemis, a single gene that duplicated and evolved to drive opposite sex-specific reproductive functions in Drosophila males and females—a CBC awardee, Manyuan Long, UChicago, reports