Funding support from the CBC has been recognized and acknowledged in the UIC College of Pharmacy Annual Report 2017. UIC scientists whose research has been supported by the CBC are featured in the report: Michael Federle, Greg Thatcher and Alexander Mankin. They are recipients of multiple CBC Awards (see below) and were invited speakers at CBC Annual Symposia: Mankin in 2009, Federle in 2015 and Thatcher will speak at the upcoming 15th CBC Annual Symposium on November 17, 2017. Federle was also an invited speaker at the CBC Scholars “Loop Connections” Seminar (2012). In addition to being a prolific researcher, Thatcher has also been involved in several start-up companies, including TTC Oncology with Debra Tonetti. Tonetti has received several CBC awards and served as a reviewer for the CBC Catalyst program. Congratulations to these outstanding UIC scientists! 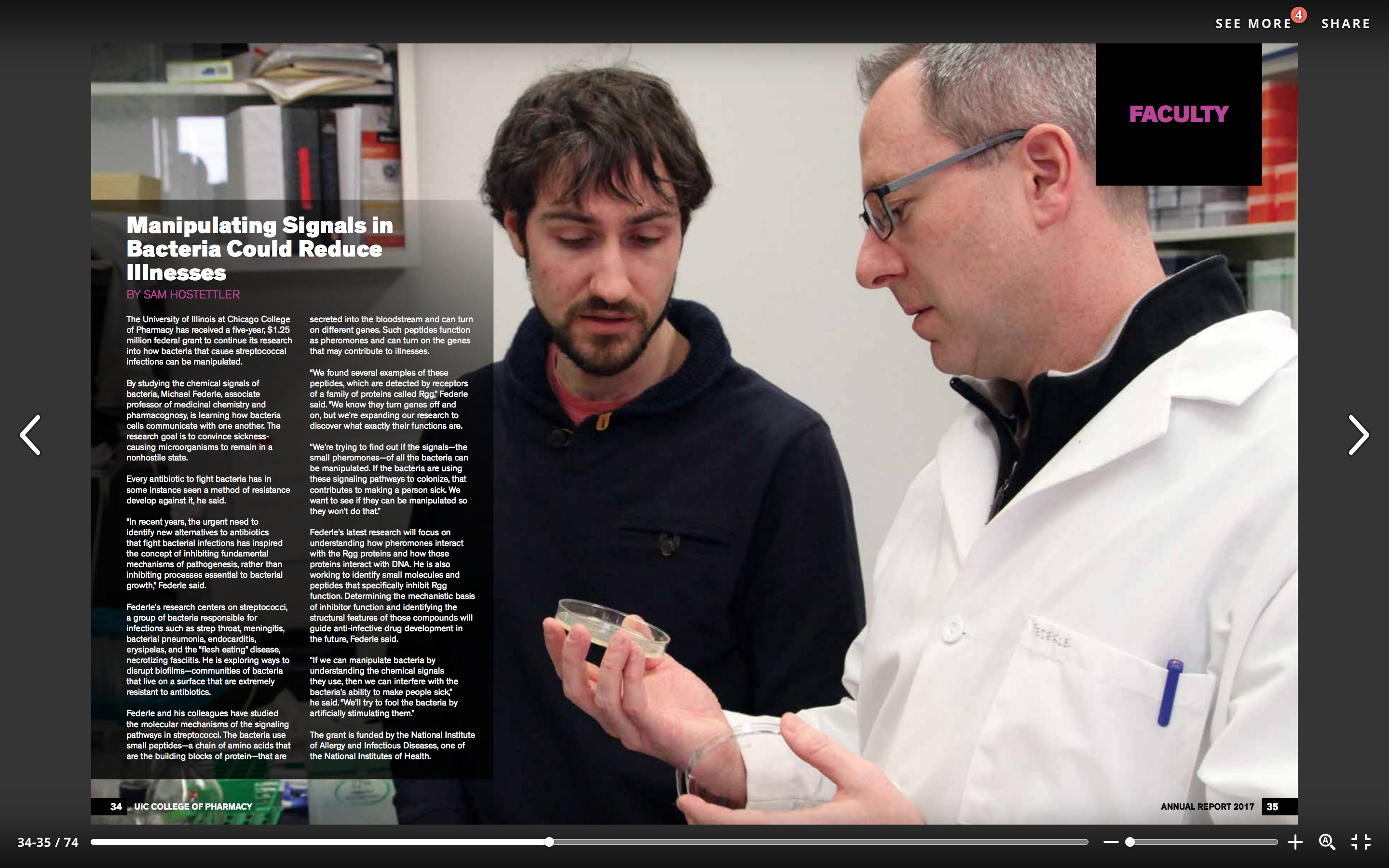 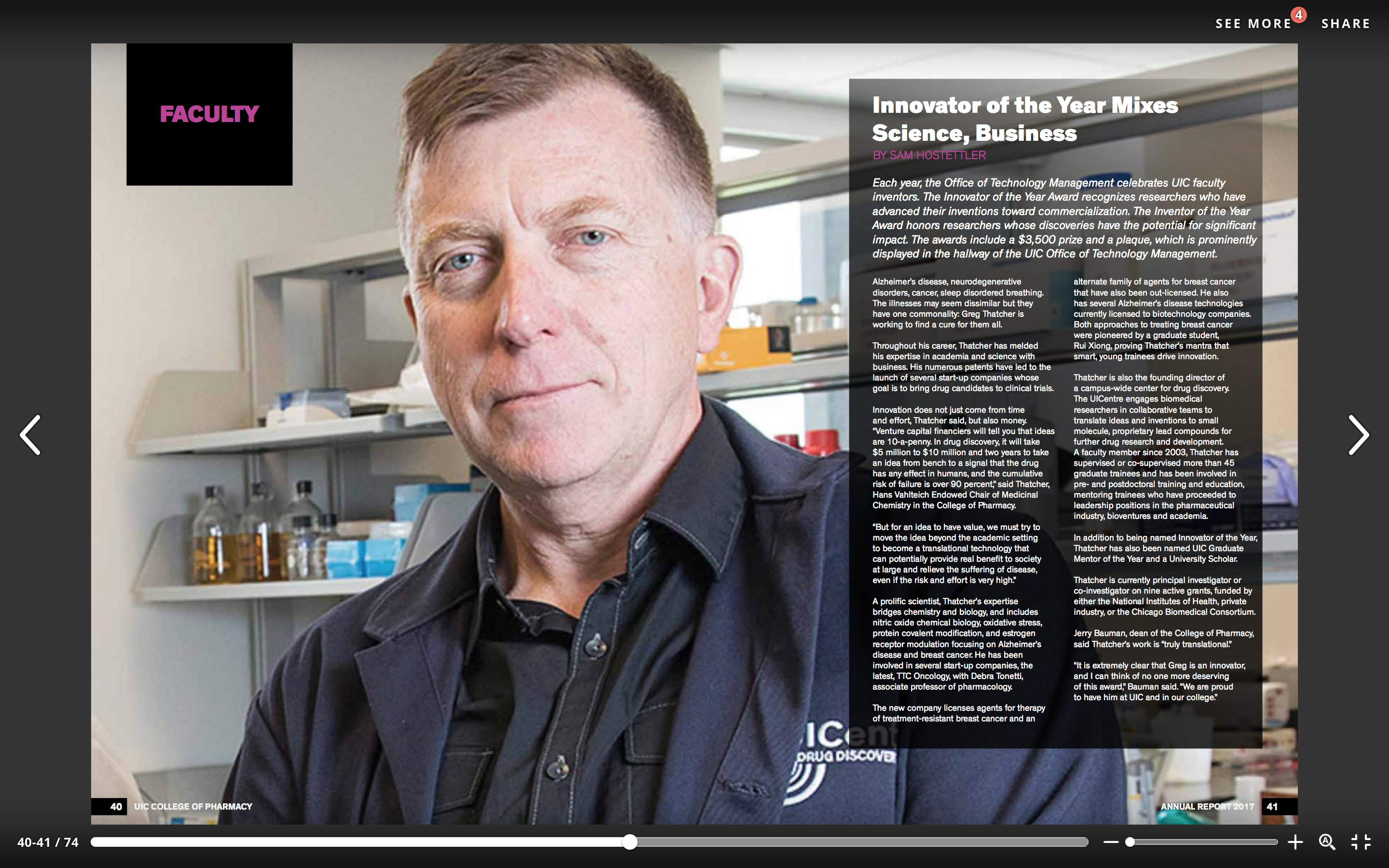 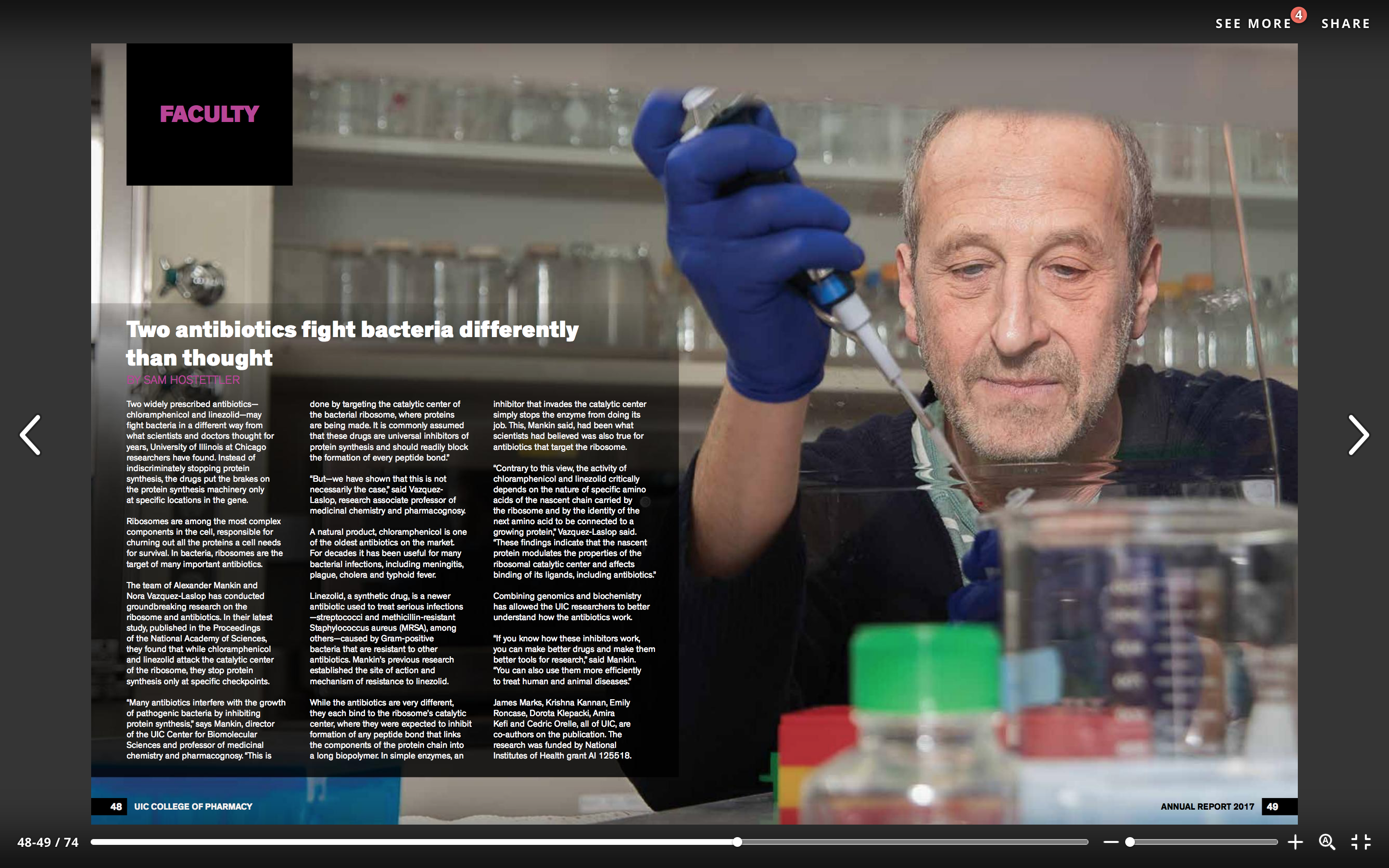