Dissecting the roles of 14(!) BMPs

A CBC Catalyst Award to Tong-Chuan He and Russell Reid, UChicago, contributes to understanding the mechanisms behind bone and other mesenchyme-derived tissues differentiation 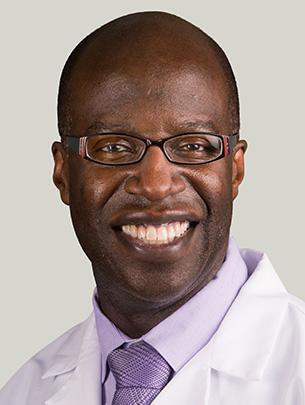 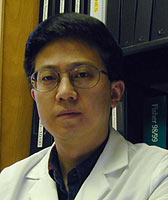 Congratulations to Tong-Chuan He and Russell Reid, UChicago on a recent publication in Genes & Diseases, “Transcriptomic landscape regulated by the 14 types of bone morphogenetic proteins (BMPs) in lineage commitment and differentiation of mesenchymal stem cells (MSCs).” The paper describes a comprehensive transcriptomic analysis of the 14 identified mammalian bone morphogenetic proteins (BMPs) and the roles they play in stimulating differentiation of mesenchymal stem cells (MSCs). MSCs are a type of multipotent progenitors that can differentiate into multiple lineages including osteocytes, chondrocytes, adipocytes, tenocytes and myocytes (see the diagram below). Based on the transcriptional and phenotypic profiles, the authors found that BMPs can be classified into three subclusters: an osteo/chondrogenic/adipogenic cluster, a tenogenic cluster, and BMP3 cluster. BMP9 was found to have the highest potency to induce osteogenic differentiation of MSCs.

The authors acknowledge a CBC Catalyst Award for providing partial funding on the work described in the study. Tong-Chuan He and Russell Reid, UChicago, who are co-authors on the Genes & Diseases publication, were co-PIs on the CBC Catalyst Award (2013) that included Guillermo Ameer, NU, and was entitled: “Craniofacial Tissue Engineering with Citric-Acid Based Nanocomposite Scaffolds.” The CBC congratulates all authors on the published study. 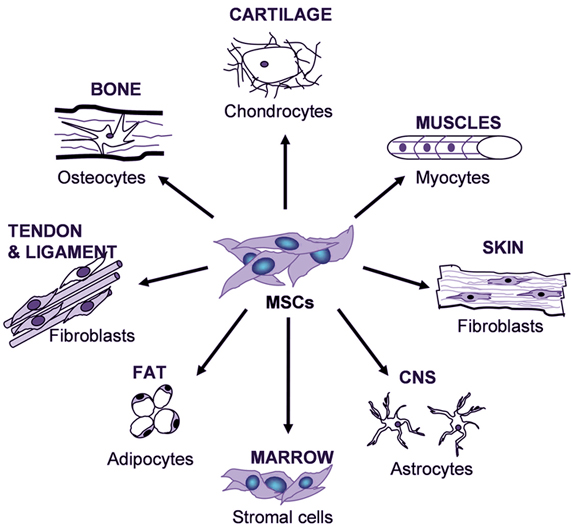 Mesenchymal stem cells (MSCs) are ubiquitously-existing multipotent progenitors that can self-renew and differentiate into multiple lineages including osteocytes, chondrocytes, adipocytes, tenocytes and myocytes. MSCs represent one of the most commonly-used adult progenitors and serve as excellent progenitor cell models for investigating lineage-specific differentiation regulated by various cellular signaling pathways, such as bone morphogenetic proteins (BMPs). As members of TGFβ superfamily, BMPs play diverse and important roles in development and adult tissues. At least 14 BMPs have been identified in mammals. Different BMPs exert distinct but overlapping biological functions. Through a comprehensive analysis of 14 BMPs in MSCs, we demonstrated that BMP9 is one of the most potent BMPs in inducing osteogenic differentiation of MSCs. Nonetheless, a global mechanistic view of BMP signaling in regulating the proliferation and differentiation of MSCs remains to be fully elucidated. Here, we conducted a comprehensive transcriptomic profiling in the MSCs stimulated by 14 types of BMPs. Hierarchical clustering analysis classifies 14 BMPs into three subclusters: an osteo/chondrogenic/adipogenic cluster, a tenogenic cluster, and BMP3 cluster. We also demonstrate that six BMPs (e.g., BMP2, BMP3, BMP4, BMP7, BMP8, and BMP9) can induce I-Smads effectively, while BMP2, BMP3, BMP4, BMP7, and BMP11 up-regulate Smad-independent MAP kinase pathway. Furthermore, we show that many BMPs can upregulate the expression of the signal mediators of Wnt, Notch and PI3K/AKT/mTOR pathways. While the reported transcriptomic changes need to be further validated, our expression profiling represents the first-of-its-kind to interrogate a comprehensive transcriptomic landscape regulated by the 14 types of BMPs in MSCs.

The reported work was supported in part by research grants from the National Key Research and Development Program of China (2016YFC1000803), the National Institutes of Health (CA226303, DE020140 to TCH and RRR), the U.S. Department of Defense (OR130096 to JMW), the Chicago Biomedical Consortium with support from the Searle Funds at The Chicago Community Trust (RRR, TCH), the Brinson Foundation (TCH), and the Scoliosis Research Society (TCH and MJL). This project was also supported in part by The University of Chicago Cancer Center Support Grant (P30CA014599) and the National Center for Advancing Translational Sciences of the National Institutes of Health through Grant Number UL1 TR000430. TCH was supported by the Mabel Green Myers Research Endowment Fund and The University of Chicago Orthopaedic Surgery Alumni Fund. Funding sources were not involved in the study design; in the collection, analysis and interpretation of data; in the writing of the report; and in the decision to submit the paper for publication.