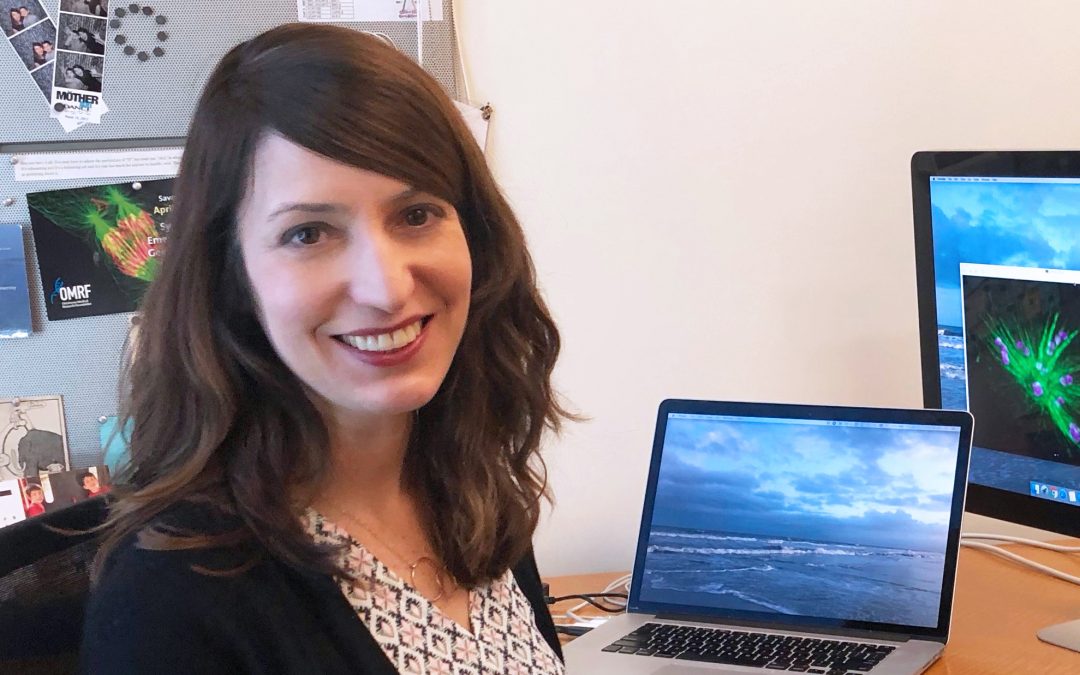 Congratulations to Sadie Wignall, NU, on a recent publication in Molecular Biology of the Cell, “Chromokinesin Kif4 promotes proper anaphase in mouse oocyte meiosis.” The paper examines the mechanisms of acentriolar oocyte meiotic division in mouse oocytes using both steady-state and video microscopy. Specifically, the authors look into the role that Kif4, a member of kinesis-4 family, plays in spindle midzone formation. Through Kif4 knockout experiments, the authors demonstrate that Kif4 is essential for a proper meiotic division and chromosome segregation in the oocytes lacking the centrioles. Don’t forget to access the online version of the paper as it has many cool videos!

Sadie is a CBC Junior Investigator — she was hired by NU in 2011 with help from a generous CBC Recruitment Resources Award, issued to outstanding young candidates with demonstrated records of excellence who, at the time, were entering their first faculty positions as tenure-track assistant professors. In addition, Sadie was later a recipient of a CBC Catalyst Award, which she received in 2016 for a project: “Spatial and Temporal Dissection of Mouse Meiotic Chromosome Segregation.” Sadie has since served on the CBC Catalyst Review Board (2017). CBC is grateful for Sadie’s service and wishes her continued success in her scientific endeavors.

Oocytes of many species lack centrioles, and therefore form acentriolar spindles. Despite the necessity of oocyte meiosis for successful reproduction, how these spindles mediate accurate chromosome segregation is poorly understood. We have gained insight into this process through studies of the kinesin-4 family member Kif4 in mouse oocytes. We found that Kif4 localizes to chromosomes through metaphase and then largely re-distributes to the spindle midzone during anaphase, transitioning from stretches along microtubules to distinct ring-like structures; these structures then appear to fuse together by telophase. Kif4’s binding partner PRC1 and MgcRacGAP, a component of the centralspindlin complex, have a similar localization pattern, demonstrating dynamic spindle midzone organization in oocytes. Kif4 knockdown results in defective midzone formation and longer spindles, revealing new anaphase roles for Kif4 in mouse oocytes. Moreover, inhibition of Aurora B/C kinases results in Kif4 mislocalization and causes anaphase defects. Taken together, our work reveals essential roles for Kif4 during the meiotic divisions, furthering our understanding of mechanisms promoting accurate chromosome segregation in acentriolar oocytes. 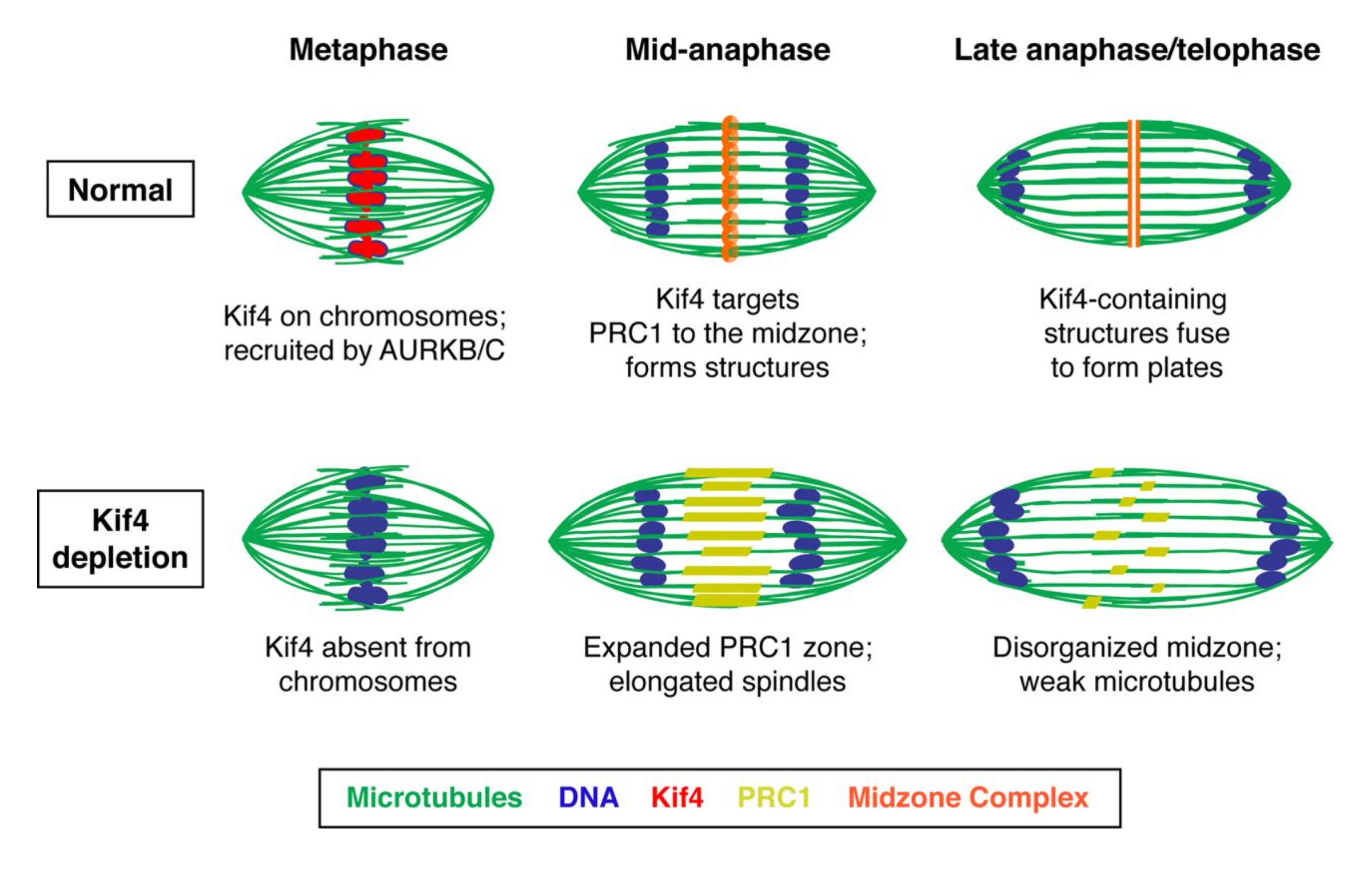