CBC Community member and past awardee, Alexander Mankin, UIC, uncovers cryptic translation sites in bacteria and demonstrates how a single gene can give rise to several distinct proteins

Congratulations to Alexander Mankin and Nora Vazquez-Laslop, UIC, who are senior authors on a research paper published yesterday in the Molecular Cell online edition. The paper, “Retapamulin-Assisted Ribosome Profiling Reveals the Alternative Bacterial Proteome,” describes the identification of more than 100 genes in E.coli, that could initiate protein synthesis from multiple ‘cryptic’ start sites within each of these genes. The discovery points into an existence of previously unknown bacterial proteome whose significance, function and impact on pathogenicity remains to be determined. Mankin is a world-known researcher in the field of translation, non-coding RNAs and ribosomes. In 2009, he received a CBC Spark Award. His other links to the CBC are listed below. 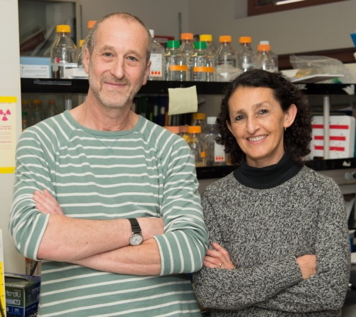 Scientists at the University of Illinois at Chicago have developed a way to identify the beginning of every gene — known as a translation start site or a start codon — in bacterial cell DNA with a single experiment and, through this method, they have shown that an individual gene is capable of coding for more than one protein.

Historically, the generally taught scientific premise has been that each gene has one unique start site and is responsible for the creation of only one protein. However, the study, which is published in Molecular Cell, a leading journal on the topic of cellular processes, shows that some genes have more than one start site and can specify production of more than one functional protein.

Their method of identifying gene start sites relies on a common prescription drug called retapamulin, a topical antibiotic. Retapamulin, they showed for the first time, works by causing the ribosome, which reads genetic code, to become stalled at these start sites, inhibiting translation, a key part of the process by which the genetic code in DNA is used to create proteins.

UIC’s Alexander Mankin and Nora Vázquez-Laslop led the research, which looked at E. coli cells in response to retapamulin in in vitro and in vivo experiments.

“First, we understood the antibiotic’s mechanism and then we applied that knowledge to identify the special ‘start’ gene signals the cell uses to regulate protein synthesis,” said Mankin, the Alexander Neyfahk Professor of Medicinal Chemistry and Pharmacognosy at the UIC College of Pharmacy. “In the past, these start codons were identified by rather difficult processes — proteins often needed to be isolated and studied to discover where the start sites of their genes are located in the bacterial genome. Now, in a single experiment, we can profile the starts of all the thousands of bacterial genes in a more forward manner.” 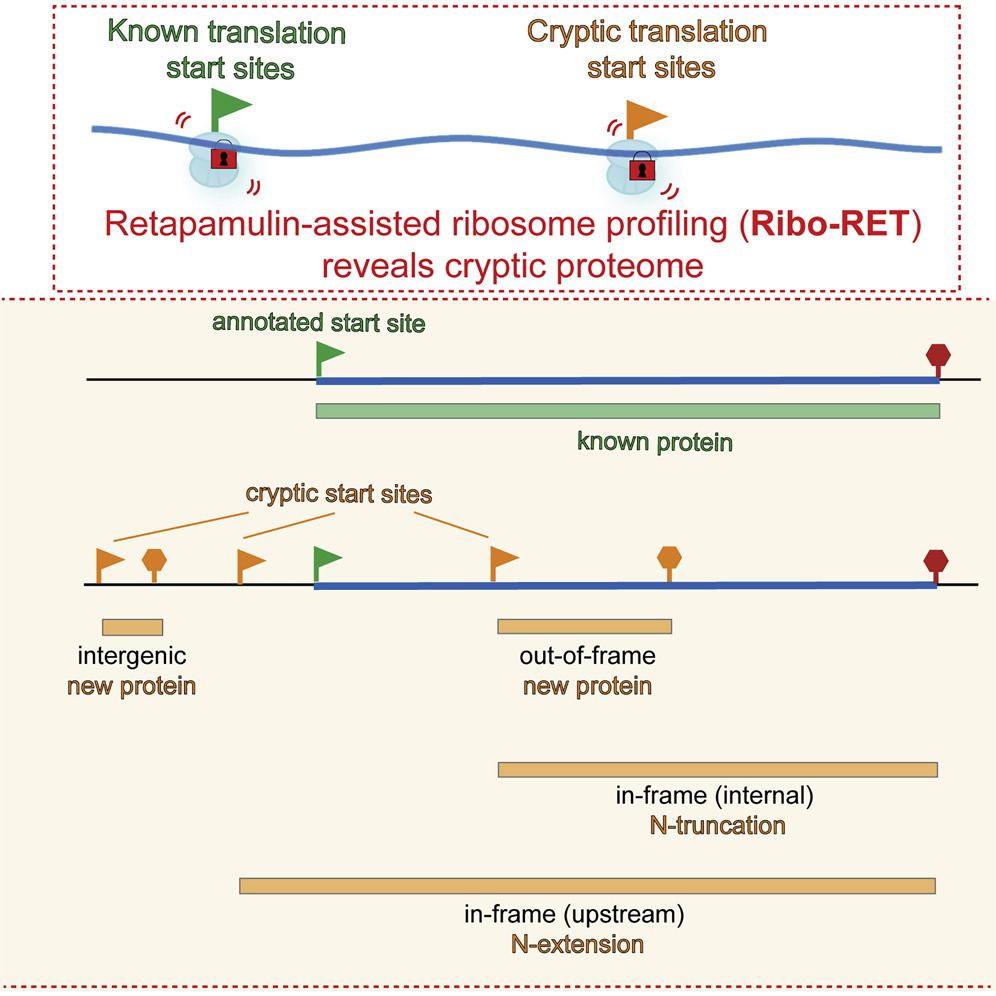 Using the antibiotic, the researchers from Mankin and Vázquez-Laslop’s lab, which included Sezen Meydan, James Marks, Dorota Klepacki and Amira Kefi, were able to identify “cryptic,” or alternative start sites within some bacterial genes.

“We saw that many previously hidden proteins were initiated at sites in the middle of the gene and that those proteins were functional and that initiation at alternative start sites is widespread in bacteria,” said Vázquez-Laslop, research professor of medicinal chemistry and pharmacognosy at the UIC College of Pharmacy and the Center for Biomolecular Sciences.

The researchers found more than 100 E. coli genes, out of around 4,000, that could initiate protein synthesis at more than one site.

“Proteins initiated at these unknown sites may constitute a previously hidden fraction of the proteome — the entire set of proteins that can be expressed — in bacteria and their initiation at these sites may play a role in the life of the cell,” said Mankin, who is also director of the Center for Biomolecular Science. “By better understanding the cell and the mechanisms of antibiotic action, we can apply that knowledge to learn more about what makes bacteria become pathogenic.”

“We can also apply that knowledge to better understand how to prevent or stop bacteria from causing harm,” Vázquez-Laslop said.

Additional co-authors on this research, which was supported by the National Science Foundation (MCB1615851), include Tōnu Margus of Umeå University in Umeå, Sweden; Virag Sharma of Technische Universitat Dresden in Dresden, Germany; Pavel Baranov of University College Cork in Cork, Ireland; and Andrew Firth of the University of Cambridge in Cambridge, United Kingdom.

Source:
Adapted (with modifications) from the UIC today, by Jacqueline Carey, published on March 20, 2019.