Lulu Hu, a postdoc in Chuan He’s lab at UChicago and a recipient of a CBC Postdoctoral Research Award, publishes the results of her project in Journal of American Chemical Society 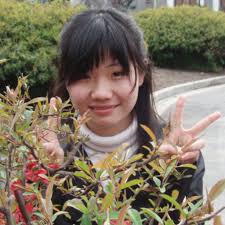 Spatio-temporal patterns of DNA de/methylation states have been implicated in many processes including embryogenesis, neurogenesis, hematopoietic development, and oncogenesis. For example, 5-hydroxymethylcytosine (5hmC) is enriched in neurons and embryonic stem cells, however it is not known what the accumulation of 5hmc does to these cell types. Hence, uncovering which genes undergo de/methylation changes in a systematic, genome-wide way, would be truly a breakthrough! Working towards this goal, Lulu Hu, along with other members of Chuan He’s lab at UChicago, developed a clever method — a Jump-seq — which allows them to capture and amplify 5hmC in genomic DNA and to identify the sequences immediately downstream of each of the 5hmC sites.

Hu is first author and He is senior author on the paper titled “Jump-Seq: Genome-Wide Capture and Amplification of 5hmC Sites,” which was published in a recent issue of in Journal of American Chemical Society. Hu’s 2016 CBC Postdoctoral Research Award, that she received for the project “Novel Sequencing Method to Profile 5mC and 5hmC in Single Cell at Base Resolution,” is acknowledged in the publication as having partially funded the study. The CBC is proud to have been able to support this work and congratulates all authors on the development of a novel and promising technology.

5-Hydroxymethylcytosine (5hmC) arises from the oxidation of 5-methylcytosine (5mC) by Fe2+ and 2-oxoglutarate-dependent 10–11 translocation (TET) family proteins. Substantial levels of 5hmC accumulate in many mammalian tissues, especially in neurons and embryonic stem cells, suggesting a potential active role for 5hmC in epigenetic regulation beyond being simply an intermediate of active DNA demethylation. 5mC and 5hmC undergo dynamic changes during embryogenesis, neurogenesis, hematopoietic development, and oncogenesis. While methods have been developed to map 5hmC, more efficient approaches to detect 5hmC at base resolution are still highly desirable. Herein, we present a new method, Jump-seq, to capture and amplify 5hmC in genomic DNA. The principle of this method is to label 5hmC by the 6-N3-glucose moiety and connect a hairpin DNA oligonucleotide carrying an alkyne group to the azide-modified 5hmC via Huisgen cycloaddition (click) chemistry. Primer extension starts from the hairpin motif to the modified 5hmC site and then continues to “land” on genomic DNA. 5hmC sites are inferred from genomic DNA sequences immediately spanning the 5-prime junction. This technology was validated, and its utility in 5hmC identification was confirmed.

Lulu Hu and Chuan, He, UChicago

May 18, 2018
▸ CBC multiple awardee Chuan He, UChicago, with the science behind Accent Therapeutics, a new biotech company that just launched with a $40 million investment