CBC affiliate, Josh Leonard, NU, a co-PI on an NIH grant for a project in the interdisciplinary field of synthetic biology

Congratulations to Josh Leonard and Neda Bagheri, NU for securing an R01 grant from the NIH for their collaborative project focused on improved cell-based therapies. Combining their expertise in chemical and biological engineering, the teams aims ‘to make engineered cell therapies both safe and effective.’ Leonard is one of the most recent CBC awardees — in 2017, he received a CBC Catalyst Award for the project ‘Targeted Delivery of Biomolecules to the CNS via Extracellular Vesicles.’ Beforehand, in 2011, Leonard was an invited speaker at the 9th Annual CBC Symposium dedicated to the field of Engineering Biology. The CBC is proud to have supported Leonard on his path to scientific discovery.

Though R01 grants are common, this funding mechanism is the first time the National Institutes of Health has specifically supported the interdisciplinary field of synthetic biology. 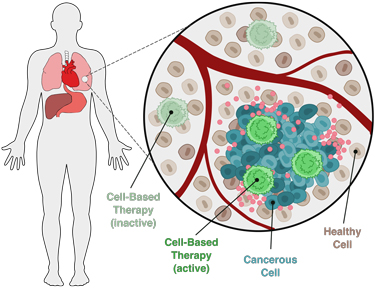 “This is a great win for funding powerful, platform research that isn’t associated with only one disease,” said Josh Leonard, associate professor of chemical and biological engineering and lead investigator on the grant.

The award will fund research conducted by Leonard and Neda Bagheri, assistant professor of chemical and biological engineering, to build technologies that advance cell-based therapies.

Synthetic biology uses tools and concepts from physics, engineering, and computer science to build new biological systems, and much of synthetic biology research focuses on reprogramming cells by changing their DNA. Once reprogrammed, cells can take on new, specialized purposes, such as creating sustainable chemicals, next-generation materials, or serving as targeted therapeutics.

Cell-based therapies involve reprogramming cells to sense and beneficially modify processes within humans. Such cells could both diagnose and treat diseases, like cancer. 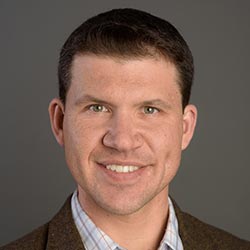 Though researchers around the world have built ways to create single parts for building cell-based therapies, many don’t take a systems view, and therapies often behave differently or fail once placed inside the human body. Leonard and Bagheri hope to use their expertise in developing new synthetic biology “parts,” such as proteins that act as sensors or controllers of gene expression, and in computational biology to both understand how to make these systems more tunable, predictable and reliable, and to predict their performance in vivo.

“If we’re going to call this engineering, we need to be able to build things with the same sort of consideration and capabilities that we use to engineer anything else — to make engineered cell therapies both safe and effective,” Leonard said.

“What we need to do is figure out how to move the whole field forward by integrating our expertise in a predictive and reliable manner,” Bagheri said. “We have a critical mass of synthetic and computational biology researchers that enable this ambitious vision, which gives us a unique edge in the field.”

Leonard and Bagheri’s collaboration formalized in 2014 upon earning the Cornew Innovator Award, sponsored by the Chemistry of Life Processes Institute. Their initial collaboration has grown to support three co-advised graduate students.

This award comes on the heels of a successful year for the Center for Synthetic Biology at Northwestern, an interdisciplinary cohort of faculty from engineering and medicine. Because the research involves expertise across many fields, the center has been successful in applying for and receiving projects that involve investigators across disciplines and institutions. In October, center co-director Michael Jewett was part of an interdisciplinary team that received $12 million from the US Department of Energy to create a new center dedicated to accelerating the production of sustainable, low-cost bio-fuels and chemicals.

“I think this represents a trend, with much more to come,” Leonard said. “Our team at the Center for Synthetic Biology has a unique ability to combine diverse and complimentary expertise to pursue really big-picture projects in the area of synthetic biology.”

Adapted (with modifications) from the Northwestern Engineering News, by Emily Ayshford, published on July 27, 2018.