Gas6, a molecular switch of inflammation

Two CBC Awardees, Asrar Malik and Jalees Rehman, UIC, contribute to a recent publication in PNAS reporting on the identification of Gas6, a molecular switch operating in macrophages, that can either make them help extinguish or flare up the process of inflammation 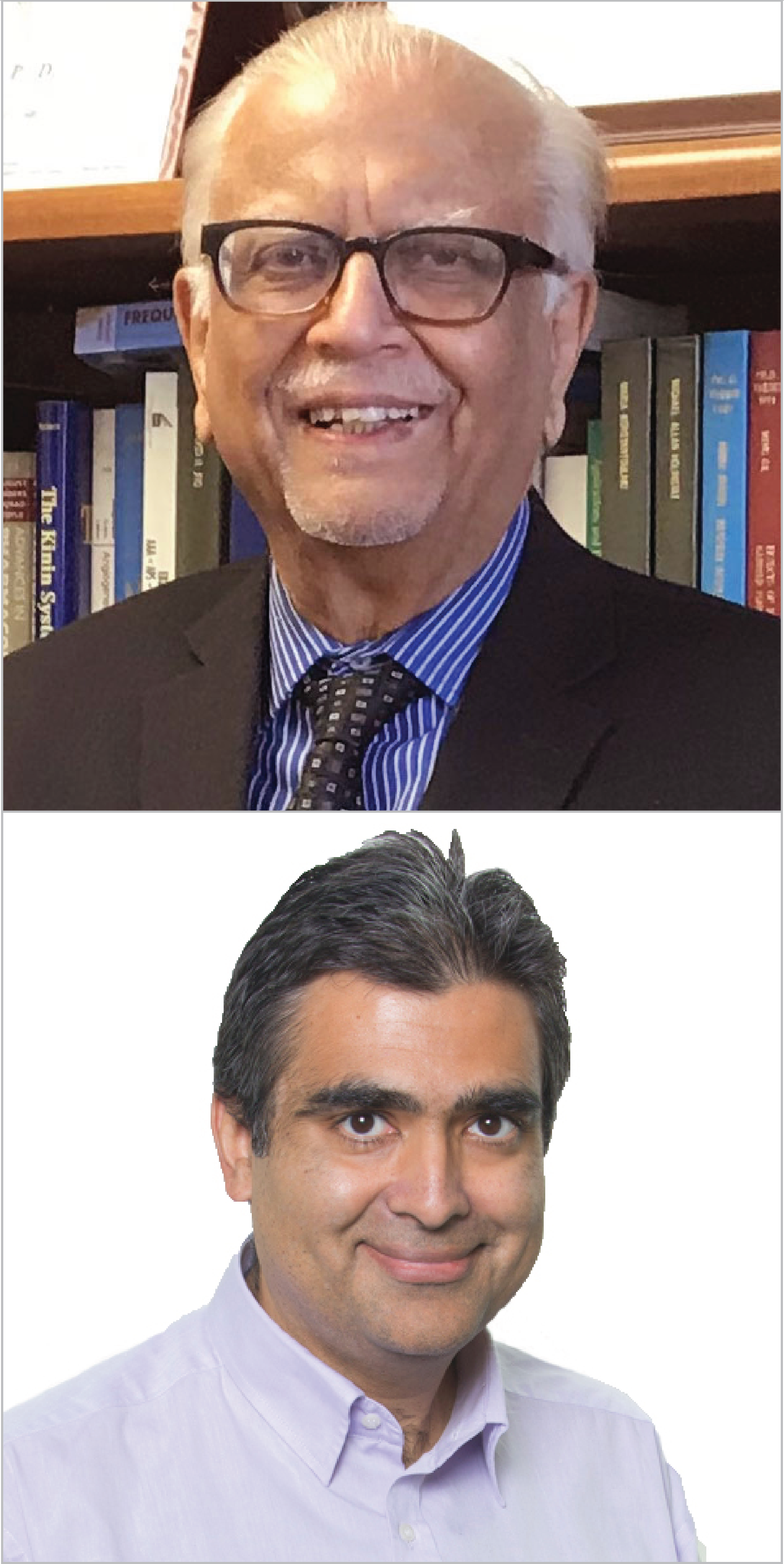 Congratulations to the UIC team lead by Asrar Malik, on a recent publication in PNAS, “STAT6 induces expression of Gas6 in macrophages to clear apoptotic neutrophils and resolve inflammation.” The authors describe how a molecule called Gas6 can act as a molecular switch in macrophages — a type of immune cell that plays a dual role in the process of inflammation. When, e.g., pathogens attack an organism, macrophages engulf the attackers and release cytokines to recruit other immune cell to the site of infection trying to confine and eventually eliminate it. That latter phase is also mediated by the macrophages that help to clean up damaged cellular debris so the tissue can begin its healing process.

How the same cells can perform two seemingly opposite functions — one stimulating and one reducing the process of inflammation? Turns out Gas6 helps macrophages make that functional switch depending on which process is currently more beneficial to the organism suffering from an inflammation. The authors nicely demonstrate Gas6 switch action in a mouse model of acute lung injury. Under conditions when Gas6 is missing, the lungs inflammation lingers; when Gas6 is over-expressed, the lung inflammation gets resolved quicker than in the wild-type mice.

Malik and his UIC colleague Jalees Rehman, a co-author on the paper, have several ties to the CBC. Malik, who is senior author on the current publication, together with two postdocs in his lab, Jeffrey Klomp and Kit Man Tsang, received two CBC Postdoctoral Research Awards (2016 and 2014, respectively). Rehman is a past CBC Catalyst Award recipient (2009). In addition, in 2014, Malik co-organized and presented his research at the CBC Vascular Biology Exploratory Workshop (see below for the details).

Boosting the anti-inflammatory action of the immune system 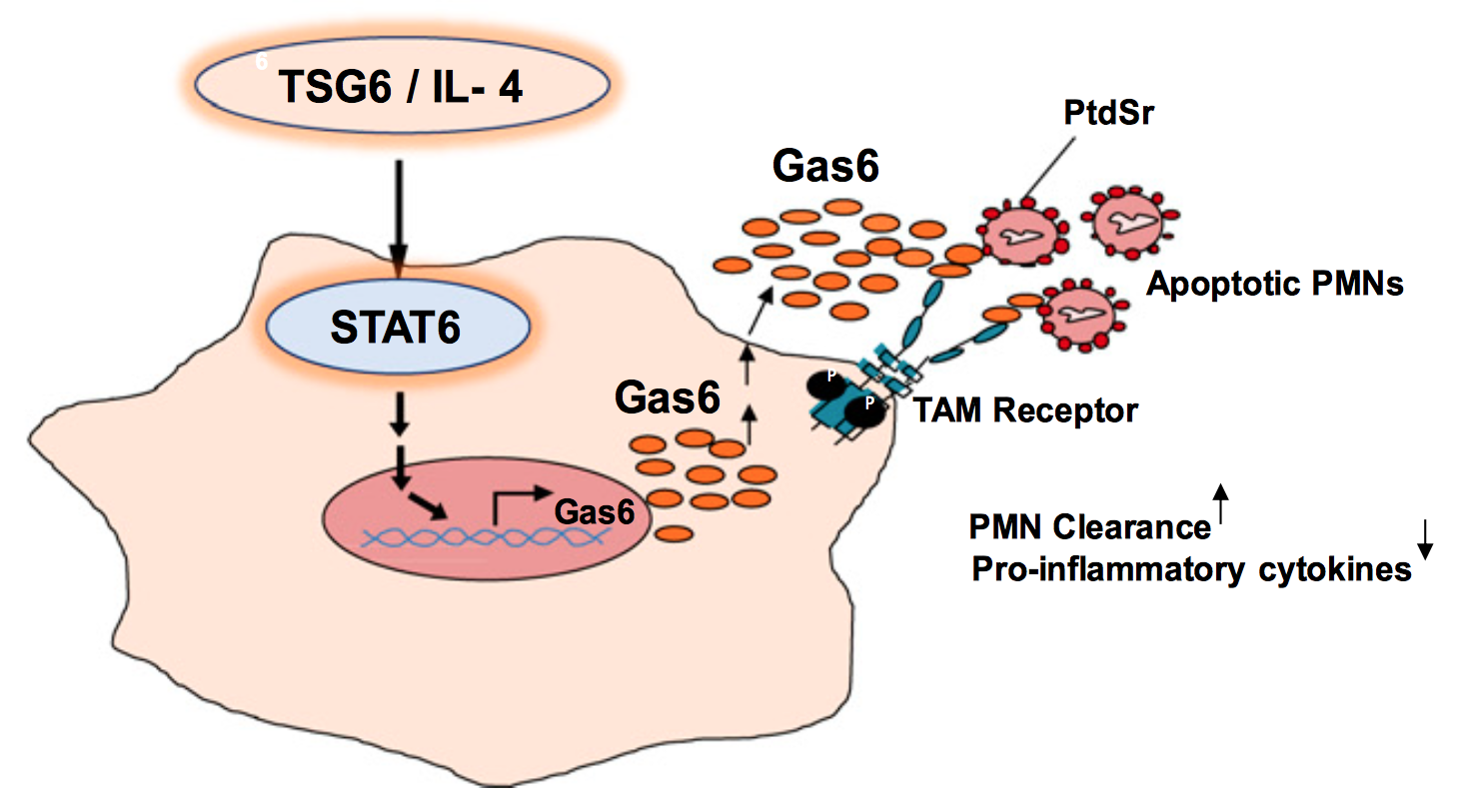 Researchers at the University of Illinois at Chicago have identified a molecular switch that causes immune cells called macrophages to clean up cellular debris caused by infections instead of contributing to inflammation and tissue injury. Their findings are reported in the journal Proceedings of the National Academy of Sciences.

Macrophages are a type of immune cell found throughout the body. These cells can produce inflammation, which is good in moderation because inflammatory signals bring other immune cells to a specific location to clear an infection. However, when inflammation gets out of control, as it can in cases of inflammatory diseases, it can cause excess cellular and tissue damage, contributing to a vicious cycle that is very difficult to reverse. But macrophages also play a significant role in reducing inflammation when they engulf cellular debris or foreign microbes that contribute to inflammation. The mechanism behind macrophages’ ability to switch back and forth between these two diametrically opposed roles has long-puzzled scientists.

Researchers led by Saroj Nepal, research assistant professor in the department of pharmacology at the UIC College of Medicine, have found that a molecule called Gas6 is required to induce macrophages to perform their anti-inflammatory role by engulfing and digesting cellular debris that can contribute to inflammation. The molecule could serve as a potential drug target for drug makers interested in coaxing the cells toward their anti-inflammatory state to help treat people.

April 10, 2018
▸ Understanding the pathogenesis of atrial fibrillation (AFib) in the Latino population — a CBC Awardee, Jalees Rehman, UIC, contributes to the story