In search of treatments for aggressive lymphomas 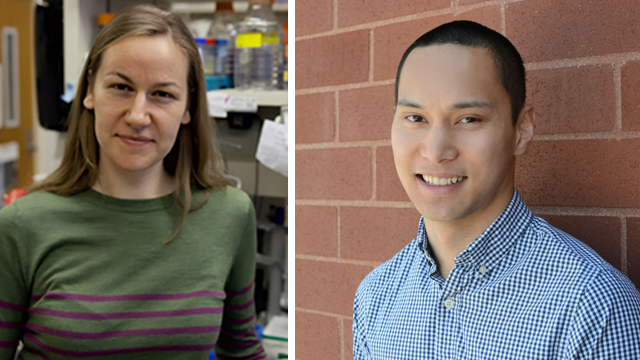 Congratulations to Eva Gottwein and Mark Manzano, NU, for their recent publication in bioRxiv, titled “Genome-wide CRISPR Screens Reveal Genetic Mediators of Cereblon Modulator Toxicity in Primary Effusion Lymphoma.” The publication was partially funded by a CBC Postdoctoral Research Award to Manzano (2015, renewed for 2016). The team has devised a CRISPR/Cas9 screen to look for influencers of cereblon modulating agents (CMs) — a class of molecules that display varied levels of therapeutic activity against PEL. The authors identify several factors likely involved in acquiring drug resistance to CMs. They also provide new insights into developing biomarkers for the resistance to chemotherapy in PEL.

The authors thank the Northwestern University NUSeq Core Facility and the University of Chicago Genomics Facility for their Illumina sequencing services and Kylee Morrison and Samuel Harvey for their feedback on this manuscript. This study was supported by National Institutes of Health, National Cancer Institute Grant R21 CA210904, by Searle and Zell Scholar Awards from the Robert H. Lurie Comprehensive Cancer Center (E.G.), and by Chicago Biomedical Consortium Postdoctoral Award PDR-061 (M.M.). The content is solely the responsibility of the authors and does not necessarily represent the official views of the funding agencies.