The University of Chicago recently announced the arrival of Aurora—the US’ first exascale computer—to be hosted at Argonne starting in 2021. Aurora will be capable of performing a quintillion operations per second which exceeds 50-fold the speed of current supercomputers. The availability of such a powerful computer promises to greatly accelerate research in the areas of biomedicine, physics and universe explorations, just to name a few. Two UChicago researchers with links to CBC are featured as potential users of Aurora: Narayanan “Bobby” Kasthuri, who is mapping the human brain, and Rick Stevens, who plans to use Aurora to build predictive models of the response to chemotherapy. Kasthuri is a CBC Catalyst Award holder (2017). Stevens was involved with the CBC in its early days: together with Alok Choudhary (NU) and Robert Grossman (UIC back then; UChicago now), he was a recipient of a CBC Infrastructure Award (2006). In addition, Stevens served as a member on the CBC Catalyst Review Board (2006-2008). Worth mentioning is that, on October 11, 2019, the CBC will hold its 17th Annual Symposium at the UChicago campus, dedicated to the topic of the impact of machine learning and artificial intelligence on biomedicine. Bob Grossman is one of the organizers of this timely symposium.

New Argonne supercomputer, built for next-gen AI, will be most powerful in U.S. 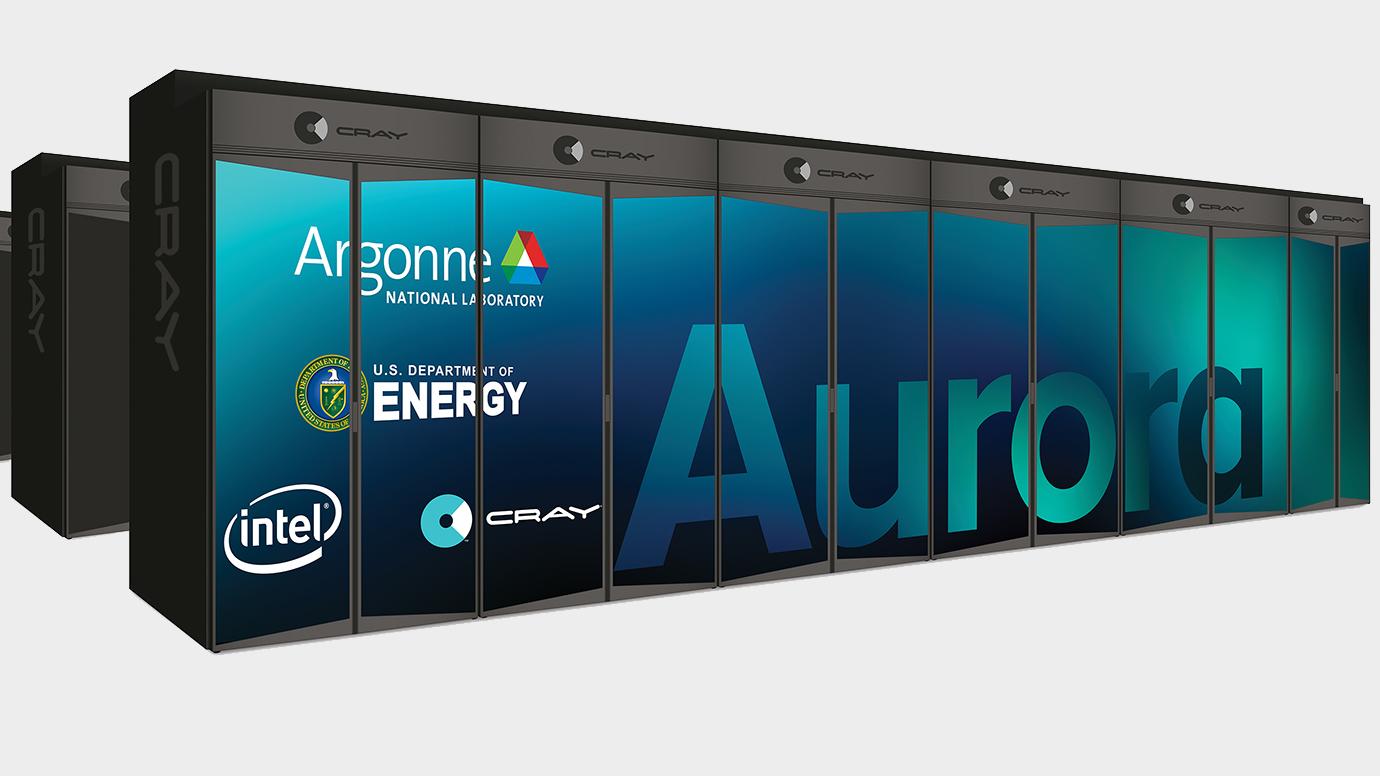 The most powerful computer ever built in the United States will make its home at Argonne National Laboratory in 2021, the U.S. Department of Energy and Intel announced today. Aurora, the United States’ first exascale computer, will combine unprecedented processing power with the growing potential of artificial intelligence to help solve the world’s most important and complex scientific challenges.

As an exascale computer, Aurora will be capable of a quintillion—or one billion billion—calculations per second, 50 times quicker than today’s most powerful supercomputers. But the impact of the system goes beyond faster and larger data processing to new frontiers of scientific inquiry, supercharging modern artificial intelligence approaches for finding new cancer treatments, searching for dark matter, mapping the human brain and other massive breakthroughs.

Upon delivery, researchers will be able to use Aurora through the leadership computing facilities at Argonne, a U.S. Department of Energy laboratory operated by the University of Chicago.

“The evolution of large-scale computation and the emergence of artificial intelligence as an effective tool are creating growing potential for transformative discoveries in many fields, including medicine, engineering and physics,” said University of Chicago President Robert J. Zimmer, the chairman of Argonne LLC, which operates the lab for the U.S. Department of Energy. “Bringing Aurora to Argonne will provide researchers here and those from around the world with an exceptional resource for scientific inquiry and the development of critical future technologies.”

“There is tremendous scientific benefit to our nation that comes from collaborations like this one with the Department of Energy, Argonne National Laboratory, industry partners Intel and Cray, and our close association with the University of Chicago,” said Argonne National Laboratory Director Paul Kearns. “Argonne’s Aurora system is built for next-generation Artificial Intelligence and will accelerate scientific discovery by combining high-performance computing and artificial intelligence to address real world problems, such as improving extreme weather forecasting, accelerating medical treatments, mapping the human brain, developing new materials and further understanding the universe—and that is just the beginning.”

Narayanan “Bobby” Kasthuri, assistant professor of neurobiology at the University of Chicago and researcher at Argonne.

Through Early Science Projects designed to probe the future capabilities of Aurora, UChicago researchers in materials science, cosmology and neurobiology have already begun interrogating the new discoveries that this one-of-a-kind machine makes possible.

“Aurora will enable us to explore new frontiers in artificial intelligence and machine learning,” said Narayanan “Bobby” Kasthuri, assistant professor of neurobiology at the University of Chicago and researcher at Argonne. “This will be the first time scientists have had a machine powerful enough to match the kind of computations the brain can do.”

Kasthuri’s research seeks to reverse engineer the mammalian brain, using powerful microscopes to photograph billions of cells and connections and supercomputers to reconstruct the brain’s intricate wiring. With such a map, scientists could ask questions about how the structure of the brain drives learning, behavior and illness, generating new therapies and insights into the nature of humanity. But a complete map of the estimated million billion connections of the human brain would be no less than the largest dataset in human history, requiring extreme-scale computation to navigate.

“With the help of Aurora, I will be able to piece together millions of two-dimensional images, reconstructing the brain in three dimensions to create a map of the human brain,” Kasthuri said. “Imagine the game-changing possibilities of a resource where neuroscientists around the U.S., and ultimately around the world, utilize such technologies and infrastructure.” 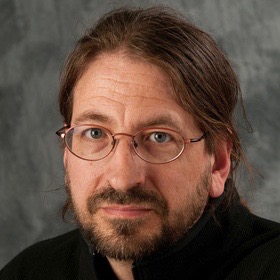 The artificial intelligence capabilities of Aurora will boost a project addressing another great biomedical challenge, the development of more effective, personalized treatments for cancer. The CANcer Distributed Learning Environment (CANDLE), a DOE and National Cancer Institute collaboration, will study the relationship between key molecular pathways, clinical and preclinical drugs, and patient responses to create predictive models that enable patient-level decisions about the best therapy for each individual cancer.

The exascale power of Aurora will help researchers rapidly test complex models involving millions of variables, while its optimization for artificial intelligence allows machine learning to automatically select and refine the best-performing strategies.

“The CANDLE team is excited to unleash Aurora’s full capability to help humanity in ways impossible before,” said Rick Stevens, associate laboratory director for computing, environment and life sciences at Argonne, professor of computer science at UChicago and principal investigator on CANDLE. “Chemotherapy has been available for about 75 years. However, we have never been able to predict effectively which patients will respond to it. Devising ways of incorporating molecular information and visual information to build more predictive models will help distinguish which tumors which will respond to a given drug and those that won’t. With exascale computing, we have a chance to do that, and that will change the lives of millions of people.” 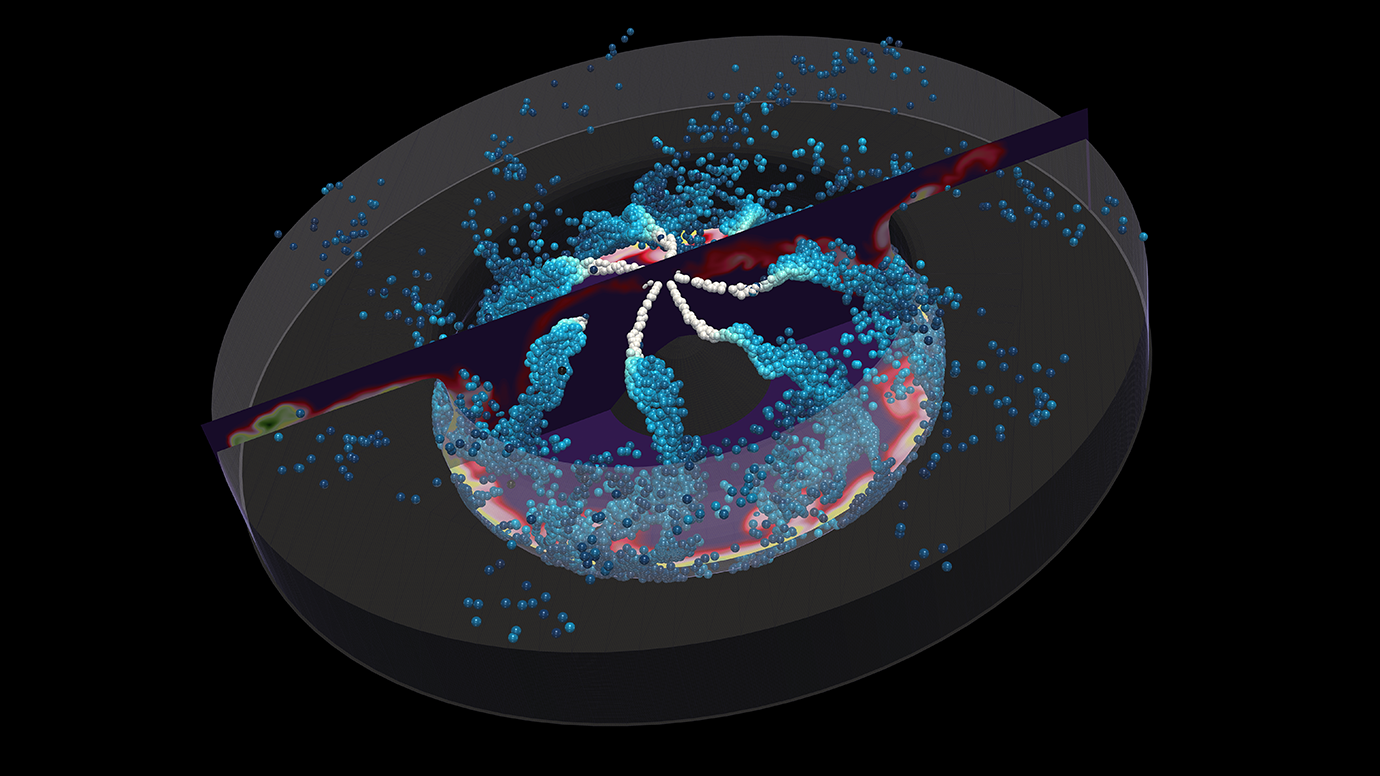 A new supercomputer will give scientists a powerful tool for simulations such as this one, which models what’s going on inside a diesel engine’s combustion chamber at the molecular level. Joseph A. Insley et al., Argonne. (Source: UChicago News)

Supercomputers are especially well suited for helping scientists explore and simulate enormous, data-rich environments—from atomic level processes to the history of the entire universe. Salman Habib, the director of Argonne’s Computational Science Division and Senior Member of the Kavli Institute for Cosmological Physics at the University of Chicago, has conducted some of the largest simulations of the universe ever performed on a supercomputer. With Aurora, he will be able to create even more detailed simulations that guide experimentalists towards the best places to find dark matter, dark energy and other mysteries of the universe.

“These include very realistic simulations of structure formation in the universe including gravitational and astrophysical effects—how the very smooth initial conditions in the far past transform into the lumpy matter distributions we see today,” Habib said. “Some simulations that took months will be performed in days, and more interestingly, some large and complex simulations that could not be done at all due to memory and performance limitations will become possible.”

Aurora will also stimulate efforts to design the technologies of tomorrow, pinpointing materials with the properties needed to build stronger batteries, solar panels that more efficiently convert light to energy, and quantum computers. Researchers will also be able to run more detailed molecular models than ever to understand the structure and function of cellular proteins, revealing new therapeutic targets and driving the development of precise drugs.

“I see this more as a qualitative breakthrough than just a timing breakthrough,” said Giulia Galli, the Liew Family Professor of Electronic Structure and Simulations in the Institute for Molecular Engineering and professor of chemistry at the University of Chicago. “The real breakthrough will come by the calculation of many properties of many materials at the same time—in a way we cannot do today—and that will finally enable design using computational, atomistic techniques.”

The Aurora contract is valued at over $500 million and the system will be delivered to Argonne National Laboratory by Intel and sub-contractor Cray Computing in 2021.

“We chose the name Aurora because it encompasses our aspirational goal to create a system which in some sense can illuminate the world,” Stevens said. “This marks a turning point in the history of supercomputing as artificial intelligence becomes integrated into traditional high-performance computing systems at the largest scale known to man.”

Source:
Adapted (with modifications) from the UChicago News, by Rob Mitchum, published on March 18, 2019.

June 8, 2018
▸ How do young brains differ from the old ones? Octopus brains from those of the mice? Healthy from the mentally challenged? A CBC awardee, Bobby Kasthuri, UChicago, wants to know

May 17, 2018
▸ Mapping the entire human brain – a dream that may come through for the UChicago scientist and current CBC awardee, Narayanan (Bobby) Kasthuri