The CBC Accelerator Network (CBCAN) off to a great start!

The inaugural CBCAN meeting took place on March 30, 2017 at the University of Chicago Gleacher Center in downtown Chicago. It was the first new initiative organized by the CBC since the beginning of Phase 2 in January 2017.

Inspired by the SPARK program at Stanford, the CBCAN program is envisioned as a community, bringing together industry experts, university tech transfer officers, and researchers with discoveries that may have commercial potential. The aim is to move promising discoveries into and forward in the pipeline towards commercialization by providing the early commercial guidance that universities and university-based researchers need.

This first in a series of three CBCAN events planned for 2017 was by invitation only as its main goal was to assess the Chicago biomedical ecosystem for the openness to such an effort and to gather feedback regarding the structure, goals and targeted audience for future meetings. 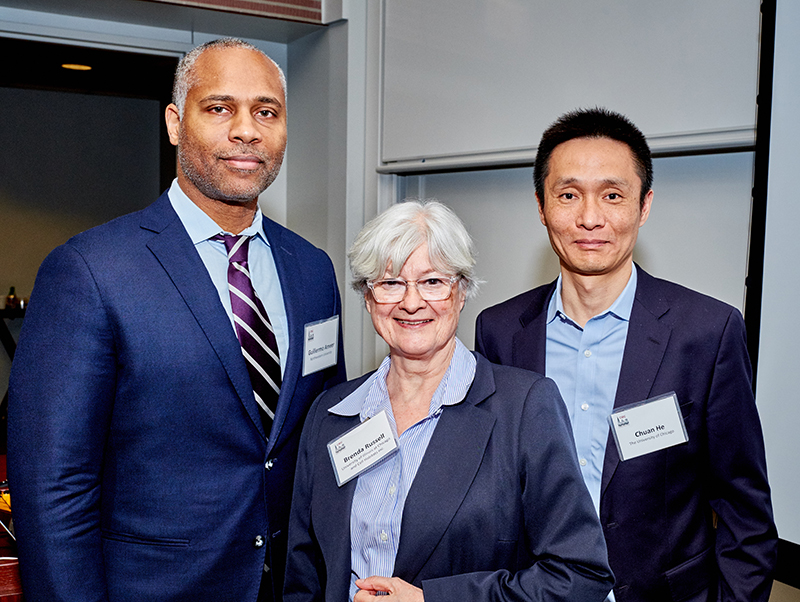 The CBC is delighted that eighty people from all corners of the Chicago bio-ecosystem attended the meeting. In addition to faculty and postdocs from the CBC-affiliated schools, the universities’ Technology Transfer functions were well-represented, as were local Pharma and Biotech companies.

The presentations were followed by a Q&A session moderated by the three CBC Scientific Directors, Lucy Godley (UChicago), Rick Morimoto (NU) and Brian Kay (UIC). The scientific directors discussed two other new initiatives that the CBC Phase 2 is planning to roll out in the near future—the Accelerator Award program and the Entrepreneurial Fellows program—which will be tightly integrated with the CBCAN.

A networking dinner followed the discussion.

The meeting was enthusiastically embraced by the participants and the majority of the invited guests have already committed to attend future CBCAN meetings, scheduled for July and October 2017, respectively. These future CBCAN events will cover selected topics suggested by the first cohort of the CBCAN attendees via an online survey tailored to continuously improve the CBCAN format through the participants’ feedback.