A recent publication from the Federle lab, UIC, published in the Journal of Biological Chemistry, describes a novel compound able to induce quorum sensing (QS)—the process of regulation of gene expression in response to fluctuations in bacteria density. Learning how to perturb QS in a density-independent way presents an intriguing possibility of regulating bacterial virulence. The study is partially attributed to CBC funding via a CBC High-throughput Screening Award (2015) to Michael Federle (UIC) and Tiara Pérez Morales (currently at Benedictine University). Pérez Morales is first, and Federle senior author on the paper. Kiira Ratia, UIC is one of the co-authors. Federle and Ratia have many additional links to CBC (see below). Congratulations to all involved in the study! 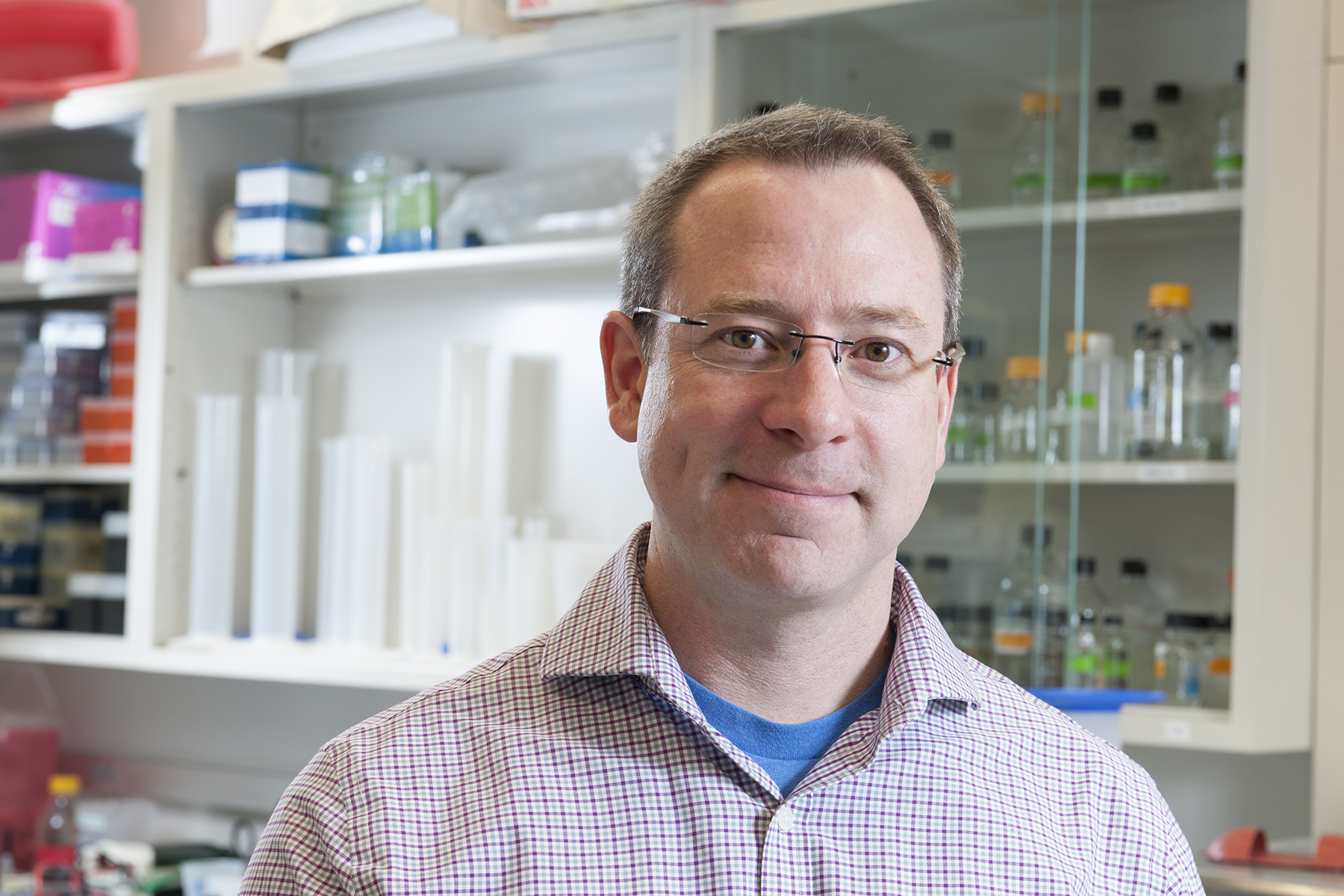 Michael Federle, associate professor of medicinal chemistry and pharmacognosy in the UIC College of Pharmacy.

A study published in the Journal of Biological Chemistry is the first to describe a signaling pathway that affects communication — a process called quorum sensing — between Streptococcus bacteria cells.

This type of bacterium is responsible for illnesses like strep throat, scarlet fever, and some cases of soft tissue infections and pneumonia. In extreme cases, or when bacteria become resistant to antibiotics, these common but serious infections can lead to death.

The University of Illinois at Chicago researchers who wrote the paper have been studying Streptococcus bacteria and have hypothesized that quorum sensing pathways are ideal drug targets for manipulating bacterial activity and suppressing virulence.

“Quorum sensing is how bacteria regulate their behavior as a collective,” said Michael Federle, corresponding author on the study. “This social regulation may provide many benefits to bacteria and, in the case of bad bacteria, may help promote survival and help defend against the immune system.”

That is why Federle and his team have developed a tool to help study the quorum sensing signaling pathways. Their technology allows them to easily monitor specific gene activities and whether chemicals or other conditions affect gene expression.

Using this technique, the UIC scientists have unlocked part of the communication process and identified a small molecule that promotes quorum sensing in Streptococci. This molecule stabilizes the chemical signal — called a pheromone — transmitted between cells. More specifically, the compound works by blocking the enzyme that would otherwise degrade the pheromone before it can deliver a message, thus promoting its ability to act as a signal.

“We identified a molecule that disrupts inhibition of signaling,” said Federle, associate professor of medicinal chemistry and pharmacognosy in the UIC College of Pharmacy. “Now that we identified this pathway and this chemical compound, we can look further for ways to manipulate quorum sensing and even silence the communication between cells.”

By silencing this communication, Federle says, it might be possible “to convince bacteria to remain in a non-hostile state,” something he considers vital in the face of rising antibiotic resistance in society.

“We’re losing the war with bacteria,” he said. “Every antibiotic we’ve come up with has some level of resistance in nature. We need a way to stop bacteria before they become a threat and require treatment.”

Federle says this is analogous to finding a diplomatic solution or mediating a conflict before it causes harm.

The National Institutes of Health (grants AI091779 and AI125452) and the Chicago Biomedical Consortium, with support from the Searle Funds at the Chicago Community Trust, funded this study, which was co-authored by Tiara Perez Morales, Kiira Ratia, Duo-Sheng Wang, Artemis Gogos and Tom Driver of UIC.

Adapted (with modifications) from UIC today, by Jacqueline Carey, posted on February 6, 2018.