CBC, MATTER and CIM@MATTER recognized as “accelerator programs to turn research into start-up” in Chicago area

In the article below, Matt Baker discusses the Chicago area potential to compete with the Bay Area and Boston-Cambridge in life sciences industry. Having an unparalleled number of world-renowned research universities, including the three CBC schools, Northwestern, UChicago and UIC, two major federal research labs, Fermi and Argonne Labs, and a large cluster of pharmaceutical and biotech companies—Chicago is well positioned for further growth. The CBC is proud to be recognized, along with MATTER and CIM@MATTER, as an important accelerator of the Chicago area’s progress to become a biotech hub. Two of the most recently launched CBC programs—Accelerator Award and CBC Accelerator Network (CBCAN)—particularly well fit the bill as they aim to support translational research and provide university researchers with “early commercial guidance.” 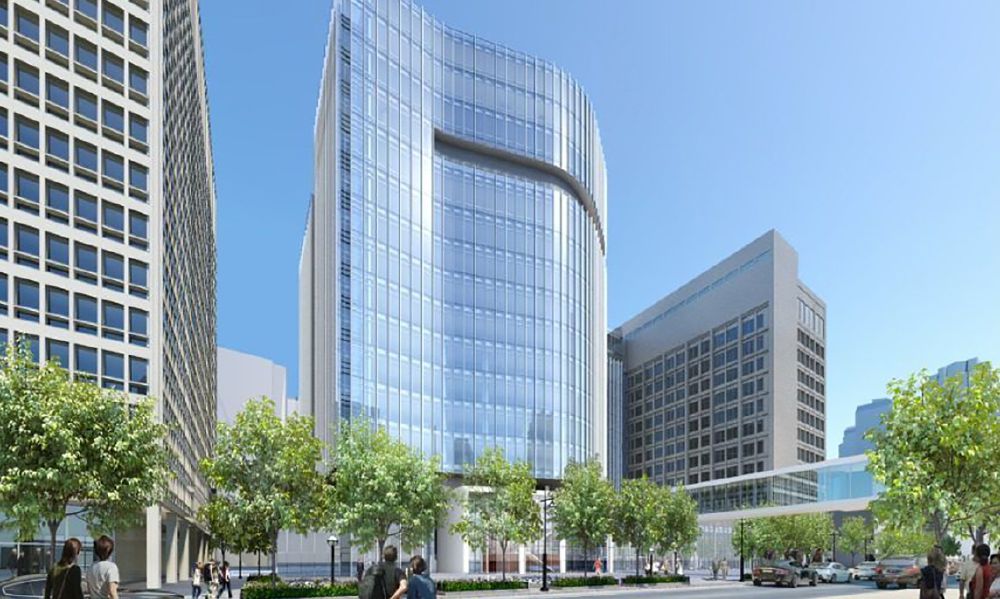 Every industry is contending with technological disruptors, and the life sciences are no different. The commercial real estate industry is front and center in this disruption, according to CBRE analysis, and Chicago in particular is poised for growth.

The life sciences industry—roughly encompassing the pharmaceutical, biotechnology and medical device sectors—has a wide spectrum of commercial real estate needs, including conventional offices, sophisticated research laboratories and cutting-edge production facilities. And this sector is growing: life sciences employment jumped 13.5 percent between 2006 and 2016 (compared to 6.9 percent for the U.S. economy as a whole) while venture capital investments in life sciences are 53 percent higher than they were 10 years ago.

“When you look at the landscape of investment opportunities within the commercial real estate sector, few asset classes offer as compelling a case for near-term optimism as the life-sciences industry,” said Scott Marshall, CBRE president of advisory & transaction services, investor leasing.

The CBRE study found a significant correlation between the vibrancy of a region’s research and development sector and the health of its broader life sciences industry. As a traditional pharmaceutical industry center, Chicago has emerged as the hub of the Midwest’s vibrant life sciences industry. To remain competitive and encourage broader growth, however, the region may need to focus more on research and development.

A public-private nexus of life science research currently pervades the region. Major pharmaceutical and biotech companies including Astellas, Lundbeck and Horizon Pharma lead the industry, along with medical device and diagnostic companies such as Abbott, Sysmex, Omron, Baxter and Siemens Clinical Diagnostics.

“Chicago is well-positioned for future growth in life sciences thanks to its large cluster of pharmaceutical and biotech companies and world-renowned research institutions such as Northwestern University, the University of Chicago, Rosalind Franklin University and the University of Illinois at Chicago, Fermi and Argonne Labs” said Scott Brandwein, executive vice president with CBRE in Chicago.

CBRE’s analysis found that regions with high concentrations of R&D jobs—such as Boston, the Bay Area and Raleigh, NC—saw the highest growth in their overall life-sciences job bases over the past 15 years. Markets focused more on the pharmaceutical and medicine-manufacturing industries—such as Philadelphia, New Jersey and Chicago—will likely grow at a slower pace. But with the fifth-largest life sciences industry in the country, Chicago has the momentum to compete more effectively with other major centers like the Boston-Cambridge and San Francisco-San Jose metros.

The region features a number of accelerator programs to turn research into start-up. The Chicago Biomedical Consortium, for example, aims to stimulate collaboration among biomedical researchers at Northwestern, University of Chicago, the UIC and others. In addition, the Chicago Innovation Mentors (CIM) program is focused on early-stage, science-based ventures between universities and their technology transfer groups. CIM was recently acquired by and integrated into MATTER, a larger effort to foster development of health care technologies among 50 new companies.

All of Chicago’s medical schools have added new research space in the past five years and continue to expand. Northwestern is currently building the 1.2-million-square-foot Simpson Querrey Biomedical Research Center next to its medical school in downtown Chicago, to be the largest university medical research building in the country. Some of this space will be earmarked for industry collaboration.

The development of science parks at IIT, Illinois Science + Technology Park in Skokie, University of Chicago, Illinois Medical District and the new Rosalind Franklin University of Medicine Science Innovation and Research Park should aid in attracting international life sciences companies to Chicago, as well as increase the overall number of start-ups.

“With existing vacancy extremely low for lab space, there is demand for more product in this market,” Brandwein said. “This now has the government and private sector focused on this need and is beginning to facilitate the expansion with some new projects in the development pipeline.”

Since life sciences manufacturing companies have an outsized presence in Chicago, total life sciences employment in the region has been closer to the national average recently. About half of Chicago’s NIH funding in 2016 went to Northwestern University, with the bulk of the rest to the University of Chicago, UIC and Rush University Medical Center.

Immense opportunities and acute risks aside, the life sciences industry benefits from a host of important secular growth drivers. Nonetheless, the outlook is complicated by increasing demands placed on the industry from government, insurance companies and consumers for more effective and cost-sensitive solutions.

Adapted (with modifications) from REjournals, posted by Anna Williams on February 6, 2018.