In a recent article titled “People on the move”, Crain’s Chicago Business reports that Rick Morimoto, NU, will take the place of Jim Audia, as an interim Executive Director of the CBC, effective Nov. 1. 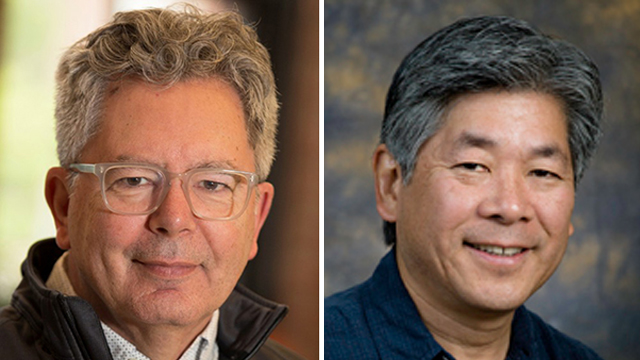 Following the Chicago Biomedical Consortium’s (CBC) announcement on Sept. 30, Crain’s Chicago Business reported in an article titled “People on the move” and published on Oct. 9 (see below), that Rick Morimoto, NU, has been named interim Executive Director of the CBC, effective Nov. 1, taking the place of Jim Audia, who is returning to work in the private sector after two years at the helm of the consortium.

Currently, Morimoto serves as CBC Scientific Director for NU. He is a member of CBC Leadership together with Lucy Godley, Scientific Director for UChicago and Luisa DiPietro, Scientific Director for UIC. Morimoto’s ties to the CBC are deep, going back as far as 2002, when, with a Planning Grant from The Chicago Community Trust, work began to create the Chicago Biomedical Consortium, or CBC, as envisioned by the late Chicago philanthropist Dan Searle. That year, a Strategic Planning Group was assembled consisting of three key faculty leaders: Rick Morimoto, NU, Brenda Russell, UIC and Jonathan Silverstein, UChicago, the trio that has since been regarded as the as the CBC founding scientific directors.

Morimoto is the only one from this original group of the CBC scientific directors to have remained at the helm of CBC. His guidance and dedication to CBC’s mission, evolving over the years and, with entering CBC Phase 2 in 2017, taking a turn to expand CBC’s support to not only basic but also translational research, is greatly appreciated by the CBC team and community.

The CBC would also like to recognize Audia’s efforts as instrumental in achieving the goals of CBC Phase 2, while also preserving and cultivating the key Phase 1 collaborative Catalyst Award program, which continues to support basic science research projects. Under Audia’s leadership, three new programs proposed for Phase 2, not only have been successfully launched but are fully operational and enthusiastically embraced by the CBC community. Since its inception in Spring 2017, the CBC Accelerator Network program (CBCAN), has had fourteen well attended sessions to date with the last CBCAN event, held on Sept. 13, being “standing room only.” CBCAN has created a strong community, bringing together industry experts, university tech transfer officers, researchers and others from the local and extended biomedical ecosystem to provide “early commercial guidance” on how to move promising discoveries into and forward in the pipeline towards commercialization.

Two other complimentary Phase 2 programs are the CBC Accelerator Award program and the CBC Entrepreneurial Fellows (EF) Award program. The CBC applauds Jim for his expert help in the development of both programs. The Accelerator program, launched in Spring 2018, will enter its 4th round of applications this November. Accelerator Awards support the initial, and therefore highest risk, stage of commercially-directed research focused on the development of a therapeutic or an associated biomarker or diagnostic. The EF program identifies and supports the professional development of academic researchers who are keen to develop the skills needed to move translational projects from a university lab toward commercialization and potentially into a Chicago-based biotech start-up. Launched most recently in Spring of 2019, the EF program has quickly gained national recognition resulting in several impressive applications having been submitted to date and the naming of two CBC Entrepreneurial Fellows.

One of Jim’s most recent achievements is the world-class lineup of speakers he invited and secured for the 17th CBC Annual Symposium scheduled for Oct. 30, 2020, to be held in downtown Chicago. The symposium, titled “Epigenetics and Disease,” will feature top experts in the field: Shelley Berger (UPenn), Peggy Goodell (Baylor College of Medicine), Chuan He (UChicago), Cigall Kadoch (Harvard/Dana Farber/Broad Institute), Danny Reinberg (NYU) and Ali Shilatifard (NU). A well established and appreciated figure in the Chicago community, Audia gracefully agreed to lead the symposium, despite departing from his role as CBC Executive Director. Please “Save the Date” for this amazing event!

Thank you, Jim, and thank you, Rick. Enriched by your experience and guidance the CBC continues forging forward at full speed. As CBC plans for the future begin to take shape, the CBC stays committed to serving the community in its full programming capacity.

People on the move

Quoted below is an excerpt from the Crain’s Chicago Business Health Pulse:

PEOPLE ON THE MOVE: